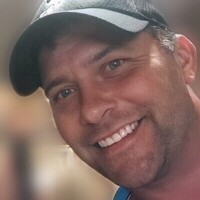 Wesley was born June 3, 1977 to Teresa (Anderson) Curtis and David Brewster. He was later adopted by his father Larry Curtis. He was the third child, having two sisters, Nichole Schumacher and Tara Reed, and two brothers, Justin Curtis and Ryan Brewster.

Wesley was born in Hillsboro, Oregon, later moved to Eugene, Oregon, and finally to Gillette, Wyoming where he spent his life growing up. Growing up he was active in sports and swam on the high school swim team and played high school football.

He graduated from Campbell County High School in 1995. After high school, Wesley went into the painting profession with his best friend, Jesse Logan in Minnesota. Later, he moved back to Gillette and eventually started Integrity Painting.

Wesley married Sarah Mead in 1999. To that union a daughter, Ashlynn Curtis, was born. They later divorced. He married Karla Manor in 2005. With that union came a stepson, Brody Waters, and later a son, Isaiah Curtis, and two daughters, Gabriella Curtis and Lily Curtis were born.

Wesley was an avid hunter and a huge Denver Bronco’s fan. One of Wesley’s greatest joys was coaching his children in any sport, but especially the boys in football. Wesley loved hunting, fishing, camping, playing basketball, shooting pool, playing guitar and singing, hanging with family and friends, and spending time with his kids and grandson. However, more than anything Wesley loved Jesus and was known for his courage to talk to others about the Lord.