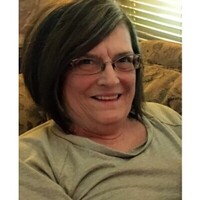 Vicky Lynn Merriman (age 70) of Gillette, Wyoming passed on Tuesday, October 26, 2021 due to sudden illness. She was born Vicky Kelsey on October 27, 1950 in South Dakota.

During her childhood years, she developed an unbreakable bond with her siblings and cousins. Her compassionate heart prompted her to take on the role of protector, best friend, and confidant.

Vicky had a way of making people feel special and heard, which she carried with her into adulthood. She never let the chance pass by to pump those around her full of love and acceptance. She was a friend to everyone and was a champion for the underdog.

More than anything, she was passionate and one of her biggest passions was art. Whether it be painting, drawing, designing, singing, playing in the band, flower arranging, or quilting, she excelled at it all.

Vicky was extremely smart, graduating high school at 17 with honors. After this, she headed to South Dakota State University where she met her first husband. Together, they had two children, Mystee and Chad, who became her world. The pair later divorced.

On October 22nd of 1994, Vicky married her best friend, Leigh Merriman. With this union, she gained three stepchildren, Michael, Robert, and Sandra. She loved these children with the same ferocity with which she loved her own.

After a failed back surgery, Vicky spent many years of her life isolated from the outside world. When she received an iPad, the world seemed to open to her once more. Social media and Facetime allowed her to interact with her friends and family in a way she hadn’t been able to for the longest time.

She was fiercely proud of her children, grandchildren, and great-grandchildren and never hesitated to let them know. She constantly left heartfelt messages to her loved ones, even leaving them little heart emojis in each person’s favorite color. She always paid attention to these little details.

Although her passing was sudden, Vicky must have felt something. In her last few weeks, she rekindled dozens of relationships with loved ones she had lost contact with. Those who were lucky enough to know her, knew that Vicky was deeply kind, genuine, artistic, and at times a bit eccentric. She was the best humanity had to offer and she will be sincerely missed.

Vicky Lynn Merriman was cremated on October 31, 2021. A celebration of her life will be held in South Dakota in the spring or summer of 2022. Memorials and condolences may be sent in care of Gillette Memorial Chapel 210 West 5th Street, Gillette, WY 82716. Condolences may also be expressed at gillettememorialchapel.com.