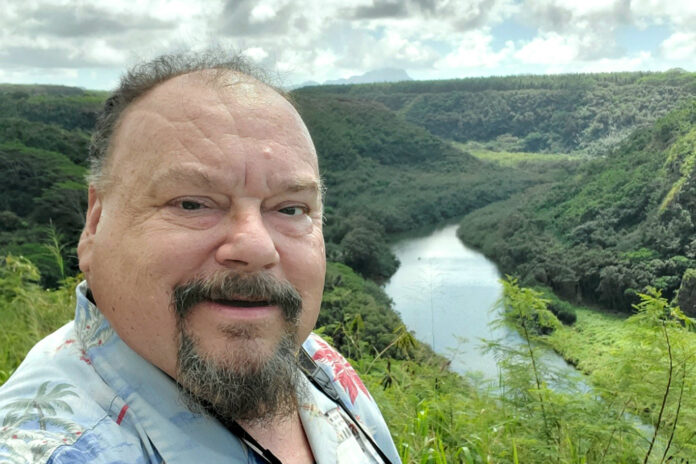 Ted was born February 18th, 1955, to Ruth (nee Lent) and Theodore Gajewski, and raised in Buffalo, NY.  After graduating, he served in the Air Force from 1973 to 1982, serving in Vietnam. During and after his service he made a home in Soldotna, Alaska, he later made his way to Minneapolis, MN, where he got his bachelor’s in communications. By 1989, Ted had moved to Gillette, WY, where he lived until his passing.

Ted loved Gillette, and became a very active part of the community, owning a local advertising business, Creative Solutions, and serving as Chairman of the Board at Campco FCU.

He was a loving father to his two children Derek and Sarah who were the light of his life.

Ted was larger than life in personality and stature, he never met a stranger and had many friends. He also loved to help others and make people smile, which was not difficult having had a huge sense of humor.

Ted was well versed in many forms of art, having a deep well of creativity, writing was in every nook of his life, also carving, playing music, he knew a plethora of bands and lyrics. Along with the love of art he had a massive love of being on the open road, Ted loved motorcycles and traveling too everywhere he could.  Photography was another love of Ted’s life; he always had a camera in his hand and took photos of multiple events and adventures throughout the years.

Ted affected many with his kindness and warmth. He is survived by his son, Derek Sturtz and wife Brittany Toseff; daughter, Sarah Gajewski and husband Taylor Barbour; Sisters Barbara Fisher and Pat (Joe) Montione; many nieces and nephews; and an endless list of friends.