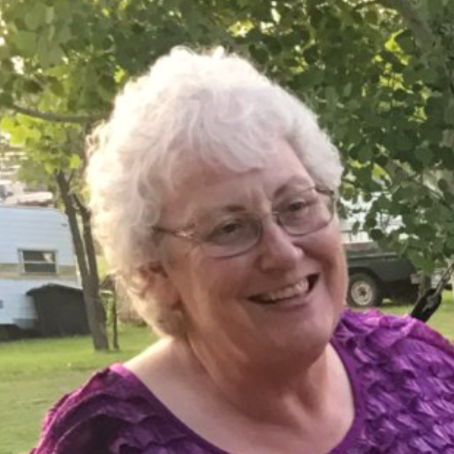 Nora Faye Saunders Balo was born Jan. 13, 1954, to Margrett (Rohde) Saunders and Lee Saunders in Cornodo, California. She was brought to the Saunders Ranch South West of Gillette on the Iberlin Road to begin her journey through life. Lee and Margrett raised Nora and her two brothers, Michael and David Saunders in the ranching lifestyle. In 1962, her parents purchased the Smelser Ranch 14 miles south of Gillette and expanded their responsibilities.

Nora built countless and timeless relationships with friends while attending and graduating from Campbell County High School in 1972. After high, school she worked at Decker’s bakery where she met the love of her life, Robert Balo. They were in a hurry to get married and did so July 27, 1973.

Nora, knowing that Robert had lived in so many places around the country, was sure to see the world and see so many places. Her plan of moving from Campbell County dwindled shortly after they moved into their first home approximately 5 miles from her parents.

In November of 1975, Nora and Bob had their first son, Brian. Bob and Nora built their current home closer to her parents, this time only a mile down the road.

In 1979, Bob and Nora started a local trucking company. They teamed together in making this a success. On Jan. 12, 1979, they were blessed with a second child, Karen. As if they were running short on things to do July 11, 1980, Tom was brought into their lives.

In 1990, Bob and Nora decided to sell the trucking company and focus on other aspects of life. Nora worked several jobs in Gillette until she found Campbell County Road and Bridge. She retired from this job in October of 2016.

Nora’s focus on life was fully engaged on her “hodge podge” of family. She was unexpectedly taken by the lord due to a head injury at her home Jan. 12, 2019.

Nora is the still the reigning checkers champion of the family. She seldom lost a game, which she loved to play with her nine grandkids and three great grandkids. Along with checkers, Nora enjoyed gardening, planting flowers, and absolutely everything outdoors. Family was her main focus, but she served her community with the Savageton Home Builders. Nora spent countless hours encouraging the children from the Pleasantdale community, sharing with them her skills and knowledge in the art of baking and decorating cakes for 4-H.

She is preceded in death by her parents; brother, Dave Saunders; and father-in-law, Eric Balo.

Memorials may be made in Nora’s name to benefit Savageton Home Builders. Memorials and condolences may be sent in care of Gillette Memorial Chapel, 210 West 5th Street, Gillette, WY, 82716. Condolences may also be expressed at www.gillettememorialchapel.com