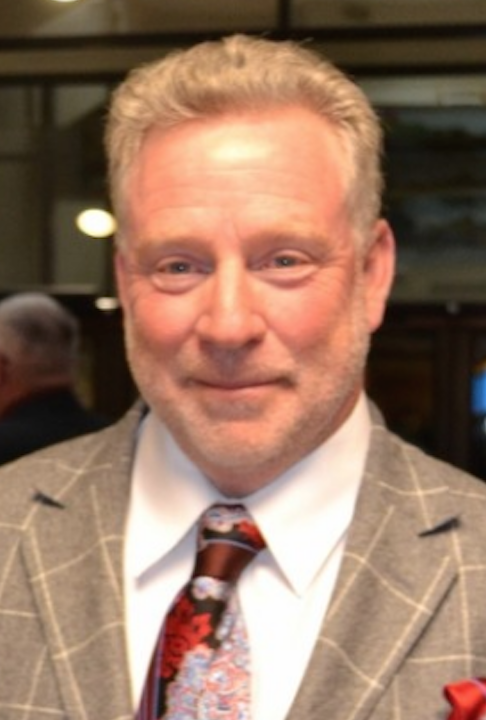 Local Campbell County attorney Nicholas Herbert Carter died Thursday, December 17, 2020 at his home after a valiant fight against cancer. The ninth and final child of Herbert and Dorothy Carter, Nick was born on December 11, 1963 in Midland, Texas. The family moved to Wyoming in 1970 and settled in Gillette in 1975 where Nick attended Eastside and Hillcrest Elementary, Campbell County Junior High and then graduated from CCHS in 1982.

Nick competed at the national level for the CCHS Speech and Debate team, participated in Student Council, Key Club, Drama and Camel football. He played baseball for the Gillette RoughRiders, mastered okinowan kempo, scuba diving, and rugby, and also was a licensed pilot. Nick was a talented golfer and never missed the chance to get out and play 18 holes.

Nick was first a Cowboy graduating from Oklahoma State University in 1986 and then again when he received his Law degree from the University of Wyoming in 1990. With only a backpack, he began his law career, opening the Nick Carter Law Firm in 1991. Carter was one of the region’s most successful defense attorneys, helping thousands of people through the years. His co-workers at the firm were the backbone and support for his successes when things “Hit the Fan.”

Nick loved a challenge and he bravely ran for the U.S. Senate in 2008. In 2015, his love of basketball led him to become an assistant coach for the Gillette College men’s Pronghorn basketball team, notably wearing his iconic blue wingtips to their two divisional championships. He also entered the world of Hollywood, having two scripts approved for production.

Nick is the proud father of Amanda DeMoss, son-in-law Jimmy, and an even prouder grandfather to Jonathan and Evelyn, who reside in Portland, Oregon. Family members who will greatly miss their baby brother include sisters in Gillette: Louise (Steve) Carter-King and daughter Casey Sams, and son Alex Carter King; Samantha (Kendall) Glover and their daughter Elizabeth; and Claire Carter and her son Jack.; in Cheyenne, Ann Carter (Bob) Rose and her son Benjamin and daughter Abby; and Mary (Peter) Cooper and her son Tanner in Highlands Ranch, CO. His brothers in Texas are Mike, (Martha) and son William in Ft. Davis, and Pat (Karen) with daughters Sarah, Rachel and Jessica in Marble Falls. Nick loved his friend and companion of 25 years, Carol Seeger, with whom he traveled and enjoyed many adventures. He was preceded in death by his parents and brother Dan Carter.

The family greatly appreciates all the kindness and care the community has offered through Nick’s illness. We as a family are indebted to nephew Alex Carter King for his dedication as Nick’s amazing caregiver for the past year. Thank you to the Hospice of CCMH for their care and kindness.

No service will be held at this time, but a celebration in the summer will occur. In lieu of flowers, please consider the Council of Community Services https://www.ccsgillette.org/, a favored charity of Nick’s.