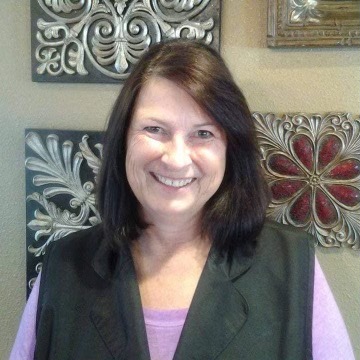 Memorial service for Melinda Leddige will be held at 11:00 a.m., Saturday, January 15, 2022 at Gillette Memorial Chapel with Trent Hardig officiating.

Melinda Sue Leddige passed away the morning of January 9, 2022, suddenly and unexpectedly at home.  Melinda was born September 30, 1954 to Pina Geneva (Bolon) and Tex Stanford in Eugene, Oregon.  Her early years were spent in Oregon and Northern California until the completion of high school, when she returned with her mother to the family home near Orofino, Idaho.  After the birth of her first son, Michael, Melinda moved in with Tom and Bobbie White, in Pierce, Idaho. There, she met Miles Souders and they were married in 1977.  Miles Andrew was born in 1977 (affectionately known to family as Andy). During those years, Melinda worked at the Jaype Mill and as a volunteer EMT for the City of Pierce, Idaho.  After her divorce in 1991, Melinda met John Leddige in 1992 and became the proud step-mother of Travis Leddige.  John and Melinda were married on Halloween in 2000.

The late 1990s were hard years for Melinda and John. Melinda lost her mother and older brother, Paul, in 1998 and young Travis in 2000.  In 2001, they packed up and headed to Gillette, Wyoming.  Once here, Melinda began working at Simply the Best, keeping the ladies of Gillette looking sharp. They bought a home, raised some colts, and made several new friends.  In 2020, she began driving a school bus for the children of Gillette while keeping their moms looking good.

Melinda was fearless, she had a warm, loving and generous heart, and a mischievous grin.  She took no guff from anyone, always had a good comeback and always had your back. She loved gathering with the girls, drinking coffee, and talking over the world’s problems.  She loved the outdoors, camping, her animals, and socializing. She loved her children and grandchildren unconditionally and was so proud of them all.

Melinda is survived by her husband, John Leddige, sons Michael and wife Shay Souders, and Andy Souders; and her big sister, Lee Thornton; her grandchildren, Tyler, Jordyn, Trent, Jadyn, River, Emma; great-grandchildren Atley, Oakley, and Eastynn, along with several nieces and nephews that loved her dearly and affectionately called her Auntie Lindy.

She will be greatly missed by all those that knew and loved her. There will be a Remembrance of Life for Idaho friends and family at a later date.