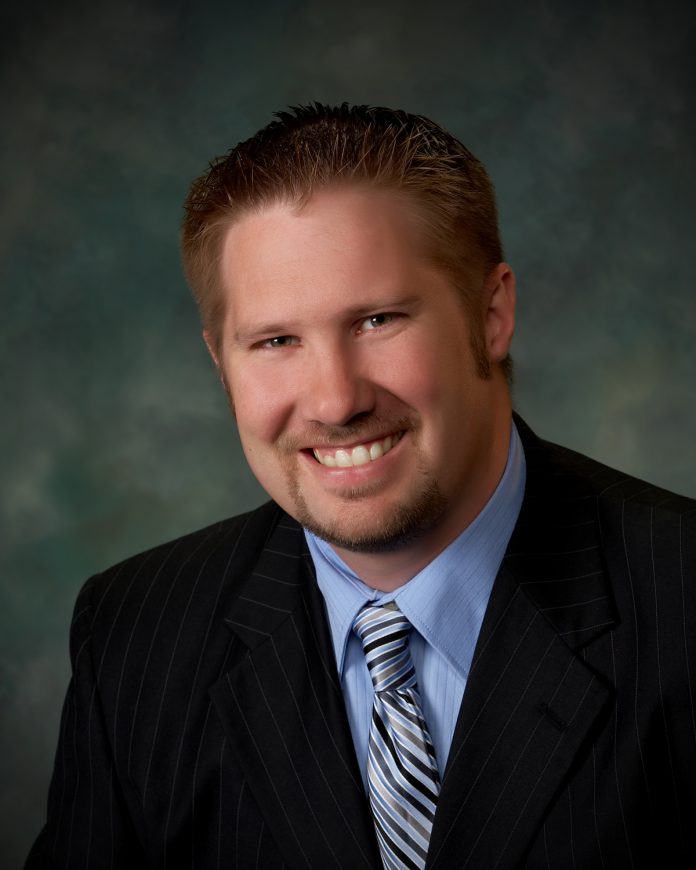 Funeral service for Matthew Sorenson, Gillette, WY resident will be held 10:00 a.m., Thursday, June 8, 2017 at New Life Wesleyan Church with Pastor Christopher Brandt officiating; interment to follow at Mount Pisgah Cemetery. Visitation will take place from 4:00p.m. to 7:00 p.m., Wednesday, June 7, 2017 at Gillette Memorial Chapel. Matthew Ryan Sorenson, who was known for his joyful, brilliant and caring nature, died last Friday, June 2, 2017. His death, while leading a climb up the Sundance route at Devil’s Tower, was a tragic accident. He was 38.

Matthew was born in Lovell, Wyoming, a small agricultural town, on September 1, 1978; however, his home and heart resided in Deaver: population 184. He was the oldest of three: his younger sister, Julie, was born in 1980 and his brother Kyle joined the family in 1983. His mother, Mona, is a homemaker; his father, Mark, a power line constructor and business owner. Their hard work and integrity was instrumental in shaping Matt into the man he later became.

When Matt was five, his great uncle Raymond Cooley predicted Matt would be president one day. His parents called him Mr. Chatterbox. He started his debate career early, in first grade, with his teacher Mrs. McCreary over the pronunciation of the word Diplodocus. Even at that age everyone could see Matt’s unlimited potential.

As a child, Matt loved baseball. Later in high school, he lettered in basketball, cross country and track. As an adult, this interest in sports never faded but grew to include a deep love of disc golf, volleyball, and climbing.

Throughout his life, Matt participated in a wide range of activities: Knowledge Bowl, FBLA, National Junior Honor Society, student council, band and his high school newspaper. Additionally, he served on multiple community and professional boards while living in Gillette. Out of all of these things, Matt was proudest of winning the regional Geography Bee in 8th grade, and surprisingly, his role as Tommy in the Music Man.

Driven and focused, Matt went on to pursue his academic and career ambitions at Northwest College and the University of Wyoming earning a degree in history and a Juris Doctoral degree from the UW College of Law. He started his law career in 2003 with John Daly, Tad Daly and Patrick Davidson. Matt quickly became a partner in the firm. He was devoted to the firm and thrived on the intellectual challenges of practicing law and helping others.

In college, Matt discovered the love of his life where he least expected: in an old high school newspaper friend, Jenny, who shared his love for eclectic music, his need for adventure and passion for learning. They were married on the Pryor Mountains at a family ranch on August 18, 2001 and were later blessed with two beautiful children: Avery, 10, and Colin, 7. He loved nothing more than his wife and two children.

Matt’s personal friendships were a big part of his life. These were the people that he could rely on to pick up and go play a round of disc, a game of trivia or to watch sports on a moment’s notice. And they could always rely on him to do the same. His friends served a meaningful and vital role in his life.

His son, Colin, says his father was “helpful and caring,” that “he was a good man” and “he was loved.” His daughter, Avery, summed up Matt the best when she said, “he was extraordinary.”