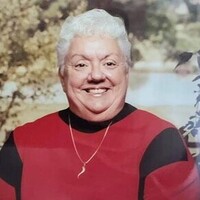 Mary Ann Vivirito, 83, of Gillette, WY, went home to Jesus on November 4th, 2021, with her daughter Joan and granddaughter Angela by her side. She was at the Legacy Living & Rehab Center with the most caring and amazing staff.

Born on April 17th, 1938, in Chicago, IL; daughter of Andrew Scarnato and Verney (Carrozza) Scarnato. Preceded in death by both of her parents and her sister Mildred (Frank) DiMartino. She is now reunited with the love of her life, her husband Simone “Sam” Vivirito, who passed away on August 11, 2000.

Mary graduated from St. Scholastica high school in 1956 in Chicago, IL. She then felt called to join the convent and became a Franciscan nun, but due to a back injury, left after a year and a half. Her childhood sweetheart was waiting for her though. Mary and Sam were married on February 27th, 1960, starting their beautiful and amazing marriage that lasted 40 years, when Sam passed away from cancer.

There was nothing Mary couldn’t do throughout her full and extraordinary life! She was extremely handy and could build almost anything! She went to school to become a dog groomer and groomed dogs in her home. Worked different jobs including a graphic design artist, owning a gourmet coffee shop and café, and also became a clown magician, entertaining for kids of all ages! Mary & Sam enjoyed camping all over the United States and even into Canada! She was an ordained minister and also became a hospital chaplain. One of her biggest accomplishments though was graduating with honors at the age of 66 with an Associate of Arts degree from Holy Cross College in 2004. She was the oldest graduate and even spoke at commencement, receiving a standing ovation! Mary was also a world traveler throughout her life, going to Europe three times, all 50 states, cruises, so many adventures! Mary was an excellent cook and baker who loved keeping the family traditions alive from her rich Italian heritage.

Nana touched the hearts of everyone she knew with her love and kindness. Her positive attitude was incredible! Mary was a brave and courageous woman and had no fear! She lived her life to the fullest and would say “carpe diem” which means “seize the day!” Nana said she had no bucket list and had done everything and more in her lifetime!

All of her family and friends will continue to honor her legacy by living their lives to the fullest.

At a later date, burial of the ashes will be at Saint Joseph Cemetery in River Grove, Illinois, laid next to her husband.

Condolences may be expressed at gillettememorialchapel.com.