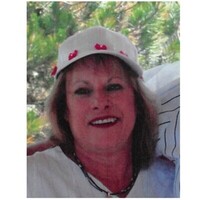 Julie Ann Kienzle-Henry, 65, of Gillette, WY, died unexpectedly July 16, 2021, at Campbell County Health of complications from Stage 4 Breast Cancer. Julie was born November 28, 1955, the third of five children of Erven and Lova Jean Hersey Kienzle at St. John’s Hospital in Rapid City, SD. She lived with her parents in Black Hawk, SD until 1969. In junior high, Julie enjoyed being a cheerleader. She then moved to Gillette to live on the family farm with her father and stepmother, Helen Leisy-Kienzle and her family, where she resided until graduation in 1974 from Campbell County High School.

Julie married Steve Haverfield in November 1981 and helped raise his two sons, Shane and Jeremy Haverfield, in California. They later divorced and Julie moved to Nebraska to care for her sister, June. Julie stayed in Nebraska with June and her kids, Heather, Heidi, and Holly. On January 16, 1993, Julie’s sister June passed away. She then moved to Gillette to live with her brother, Kevin Kienzle, and sister-in-law Janette, to care for her nieces, Hannah and Danielle. She worked for Family Medical Care for 12 years while living in Gillette.

She met the love of her life in December 2009, Bob Henry; drawn together by their joint love of cats and divine intervention. They married in May 2010 and shared 11 wonderful years together.

Bob introduced Julie to the exciting world of sports and travel. Julie introduced Bob to the world of television shows of many kinds. They both enjoyed traveling to support their nieces and nephews in their many endeavors, from sporting to 4-H events always cheering them on.

Julie was always there for anyone who needed love and prayers. She enjoyed keeping up with family news on social media and loved to see many posts and pictures. She loved taking care of her cats every day, Samson and Boo, that were especially close to her heart. She centered most of her life on her faith and loving the Lord until she met him peacefully.

Memorials may be donated to Gillette Girls Fastpitch Association or Sheridan Second Chance Cat Rescue. Checks can be made to GGFA and mailed to PO Box 4242, Gillette, WY 82717. Donate to the cat rescue on their website, https://sheridancatrescue.org.