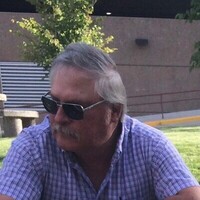 John Russell Dabney, 61, passed away peacefully on February 1, 2022 in Gillette, Wyoming at his home.

John was born on November 21, 1960 in Sheridan, Wyoming.  He was raised in Arvada and graduated in 1979 from Arvada-Clearmont High School.  John met the love of his life, Valerie Huson, soon after high school and they were married in 1980.  To this union one son was born, Tyler in 1982.

The new family of 3 began their life together at their family ranch in Recluse, WY.  It was during these early years when John started his lifelong employment in the oil service industry, working his way up the ladder among many different companies and career paths.  The family of 3 moved to Gillette, WY in 1989 where his wife and son reside today.

John’s passions were hunting, camping, touring the mountains with his 4-wheelers and UTVs, pretty much anything that involved the outdoors. John especially enjoyed spending time with pretty much anyone that would join him on the family ranch in Recluse, WY.  John was known as a bit of a talker and loved the opportunity to visit with friends and family whenever possible.

A Celebration of Life will be held on February 26, 2022 at 1:00 p.m. at the Arvada bar in Arvada, Wyoming.  Memorials and condolences may be sent in care of Gillette Memorial Chapel 210 West 5th Street, Gillette, WY 82716. Condolences may also be expressed at gillettememorialchapel.com.