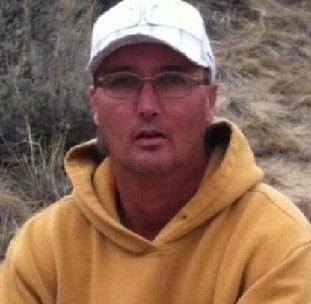 A funeral service for Jeff Lyman was held Thursday, March 7, 2019, at Gillette Memorial Chapel with Pastor Ernie Bishop officiating.  Another service will be held in Eagle Butte, South Dakota at Rooks Funeral Home on Saturday, March 9, 2019. Visitation will begin a 9 a.m. and the service will begin at 11:00 a.m.; interment will take place at Bordeaux Family Cemetery in La Plant, South Dakota.

Jeff Lyman passed away in his home Feb. 26, 2019, from complications from a mining injury he suffered in November of 2013.

Jeff was born Sept. 23, 1970, in Bakersfield, California, the youngest of nine children born to Franklin and Edna Lyman.  He grew up in Palm Dale, California.  Jeff lost both his parents while still in his early teens. He then entered the Clearfield Job Corp Program in Clearfield, Utah, where he obtained his welding certificate.

Jeff met his first wife, Candace Fiddler, while in Job Corp and they married in August of 1991 in Layton, Utah. The couple had three children;  Brandon and Ashley, both of Gillette, Wyoming, and Leah Lyman of Pierre, South Dakota. In 1996, Jeff moved his family to Gillette, Wyoming, where he worked as a welder for various contract mining companies.

Jeff landed his first Job at L&H Welding and learned that there was a whole new world of welding at the mines sites.  He then went back to college at Weber State in Utah to get his certification in “one-inch unlimited.”  He landed his dream job when he was offered full-time employment with Jacobs Ranch, which was later bought out by Black Thunder. On Nov. 20, 2013, Jeff was in a mining accident that left him with a traumatic brain injury.  After three years of rehabilitation he was allowed to return to his home.

He married Becky Osborne in 2015 and they later separated in 2017.  Jeff lived the remainder of his life in his home in Gillette, Wyoming. With the help of Sharon’s Home Health Services, who assisted with his home care and his children, Jeff was able to stay at home without having to live in a nursing home.

Jeff loved hunting, fishing, and spending time with his family and friends. He made frequent trips to South Dakota to hunt with his family (the pictures show there was more than hunting going on). Jeff also enjoyed spoiling his two granddaughters, Jaidynn and Jauzlynn Morgan.

He was a hard worker and took very good care of his children and grandchildren. Jeff is survived by his three children, two granddaughters, and his four older sister, Deborah Hunter and Vickie Homan both of California; Melody Andres and Lisa Hughes of Arizona;  three older brothers, David Lyman of Florida;  Steve Lyman and Donald Lyman of California;  along with many nieces and nephews.

Jeff is proceeded in death by his parents and one older brother, Frankie Lyman.

The family would like to extend a big heart felt thank you to Jeff’s personal nurse, Patricia Krohn, who has been his nurse since his return home in November 2016 and Black Thunder for their continued support.

Memorials and condolences may be sent in Jeff’s name in care of Gillette Memorial Chapel, 210 West Fifth St., Gillette, WY 82716. Condolences may also be expressed at www.gillettememorialchapel.com