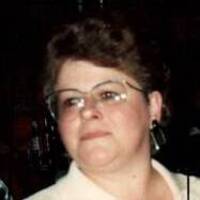 In 1996, she married Larry McLean. They lived in Mississippi for a year, then moved to Sacramento, CA where their son was born. They later divorced. While in California, Gay worked for Bank of America until she moved back to Gillette in 1976. She went to work for the Campbell County Treasurers Office.

In 1977, she married Kenneth Robertson. They later divorced. In 1978, she went to work Peggy Biggerstaff, CPA, then as a dispatcher for the Campbell County Sheriff’s Office in 1986, retiring in 2006.

Gay was an avid reader. She also enjoyed cross stitch embroidery and jigsaw puzzles. She was a big fan of the Colorado Rockies and the Denver Broncos.