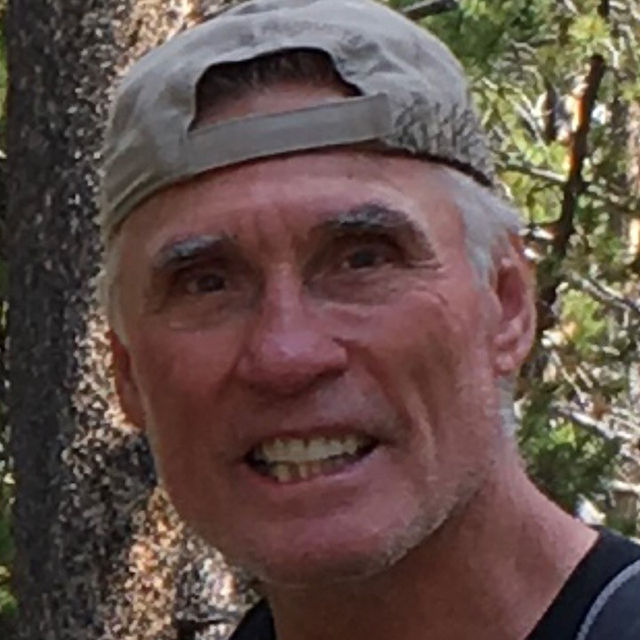 Dennis Claude Lawrence, 75, passed away on November 20, 2021, surrounded by his family.

He was born on November 15, 1946 in Thermopolis, WY to Claude Frederick “Bud” and Marjorie Anna (Scholz) Lawrence, the fourth of seven children.

He grew up in Thermopolis, attending school both there and in Shoshoni. He was a standout athlete in many sports and earned All-State honors three years in a row in basketball.

In 1966, he enlisted for a four-year term in the U.S. Marine Corps, serving almost two and a half years in Vietnam as a water purifications operator and completing the remaining time in the Marine Corps Reserve. After his years as a Marine, he continued his military service for two additional years as an officer in the National Guard.

Dennis served as Assistant Water Superintendent in Cody and graduated from NWCC in Powell, WY, with an associate degree, then attended the University of Wyoming. In 1980, the family chose to make their home in Wright, WY, where Dennis had accepted a position with Thunder Basin Coal Company. He worked in multiple positions and, for several years, was the captain of the Surface Mine Rescue Team (SMRT), which won the International Surface Mine Rescue Competition in 1989.

In 1991, Dennis married Diana Nadine Baty in the LDS Idaho Falls Temple. They had four daughters, Denna Cerise, Chambrie Denae, Déca Rachelle, and Chantal Renée. He worked at Thunder Basin Coal Mine for 39 years, retiring in 2018.

Dennis had many passions and hobbies, several extending into retirement. He enjoyed his 1989 Camaro SS and 1971 Ford pickup (both red), his knife collection, and his Native American art and artifacts collection. He listened to all kinds of music and had an extensive collection of CDs. He loved ice cream (large bowls) and jalapeño pepper pie, which he often took to work and church events.

Dennis was an active member of The Church of Jesus Christ of Latter-Day Saints and served in local church leadership and Boy Scouts. An outdoor enthusiast, he went on long runs, tanned in his backyard, took macro photos of nature, and worked on his yard and garden, earning the local Yard and Garden Award several years in a row. Dennis shared his love of nature with his children and grandchildren and often took them camping, riding bicycles, white-water rafting, repelling, hiking (especially Bomber Mountain), and exploring caves in the Big Horns.

He enjoyed watching his kids and grandkids participate in their sports, drama, and music activities over the years.

Additionally, Dennis was an avid beekeeper; he took pride in his Wyo Gold brand and liked supplying his family and community with honey and products made with his honey. More than anything, he loved being home: hearing the sounds of his family, watching storms roll in, cooking, baking, canning, and relaxing in his basement with a warm fire and a good movie on his sound system.

Family visitation for Dennis will be held at 10:00 a.m., followed by public visitation at 11:00 a.m. There will be a family-only graveside service at noon. A luncheon will follow for friends and family at 12:30 p.m.

Memorials and condolences may be sent in care of Gillette Memorial Chapel, 210 W. Fifth St., Gillette, WY, 82716. Condolences may also be expressed at gillettememorialchapel.com.