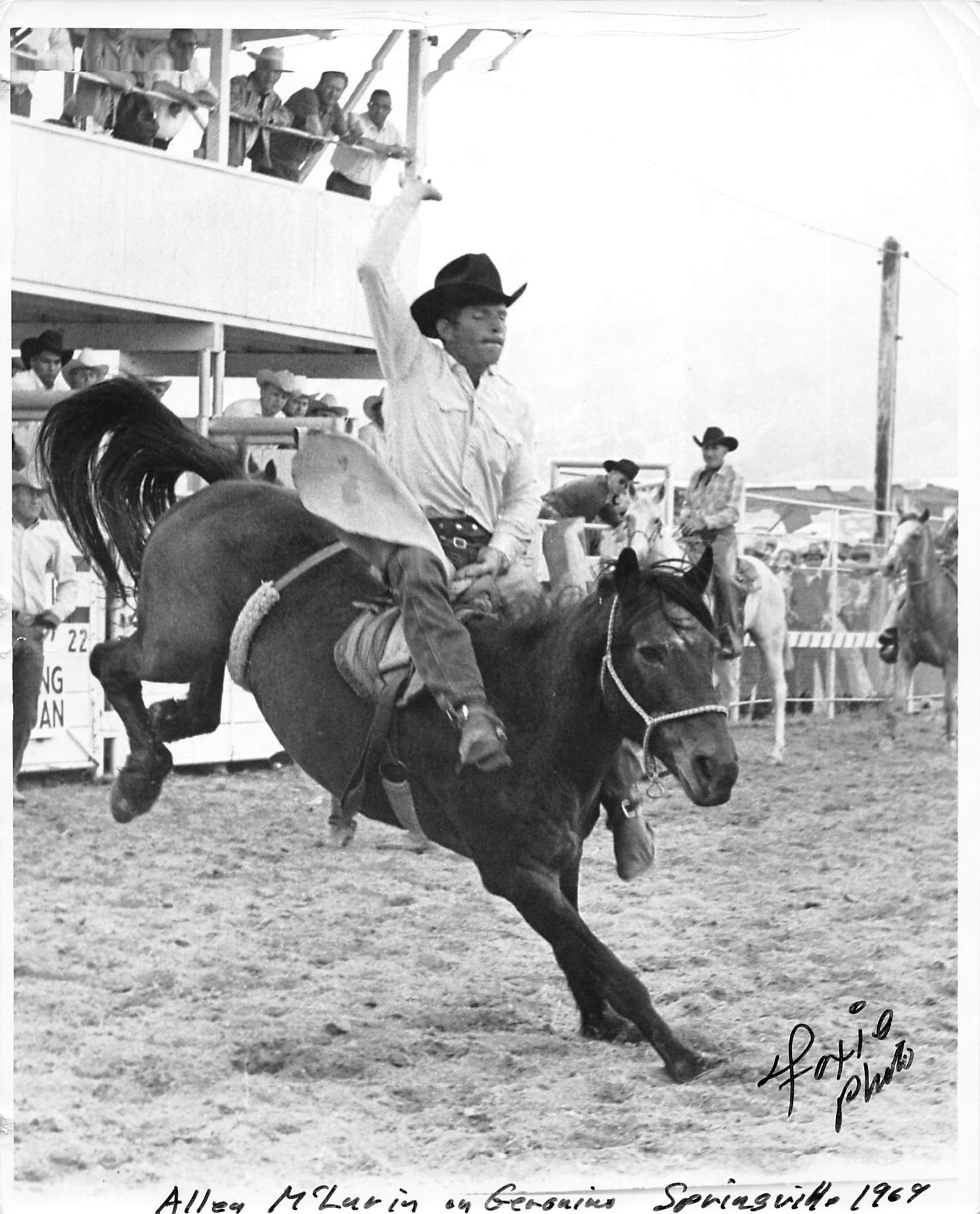 Alan was born Nov. 19, 1941, in Higbee, Colorado to Betty and Al McLaurin. Due to family changes, Alan’s sister, Jay, stayed with their mother and Alan went to live with his Aunt Grace and Uncle Newt in La Junta, Colorado, where he dropped out of school in the third grade to help work the family ranch. When he turned 15, he went to California and enlisted in the U.S. Army. He was honorably discharged when friendly fire destroyed his ear drum and left shrapnel in his rear end.

California was also where he met the love of his life, Bobbi. Together they built a life traveling to rodeos, training horses, raising cows, and Al worked construction as his main trade.

In 2000, he moved to Wyoming with his wife, daughter, and son-in-law. In 2008, he enjoyed the birth of his one and only grandchild, Trena.

In 2010, Al was diagnosed with stage-four throat cancer, which he beat!

“Cowboys never weaken,” he would say.

Al had many hobbies including, teaching kids about ranching, roping, fishing, and building bits and spurs. He loved to rough house with all the neighborhood kids, keeping their minds busy and keeping them out of trouble. The ranch he ran was the community hang out for all of the kids. He lost the love of his life in February 2018 and he slowly declined from there, but he vowed to live to their anniversary date of June 6.

Alan is survived by his daughter, Shauna; son-in-law, Matt; granddaughter, Trena; and numerous extended family and countless friends that would take years to mention by name.

He is preceded in death by his parents, and wife, Bobbi.

Memorial and condolences may be sent in care of Gillette Memorial Chapel, 210 West Fifth Street, Gillette, WY 82716. Condolences may also be expressed at www.gillettememorialchapel.com