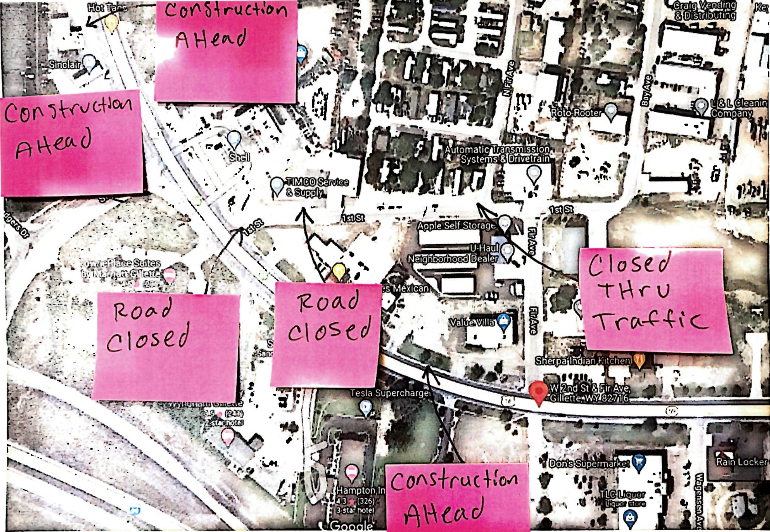 GILLETTE, Wyo. — Due to water main repairs, residents on portions of North Highway 14-16 and First Street will experience a water outage from 5 to 9 a.m. Jan. 24, the city of Gillette announced today.

The water main repairs require an emergency closure of the intersection of First Street and Highway 14-16 from today through Jan. 30, the city also announced today.

Hot Iron is the contractor for the project.

Gillette Water Manager Howard Jones said that the emergency outage is to replace two broken valves that are in the intersection, just to the south of the Shell Food Mart. The two valves that broke were installed in 1979, he said.

While the valves worked the last time they were used, they broke this time, which is common for valves that are 40 to 50 years old, he said. He said that when they break, usually there needs to be an emergency outage to repair them. Since the city’s water system alone has 5,314 water main valves, it’s hard to track each time they’re turned, he said. While the city strives to check and exercise each valve once every five years, sometimes a valve can break over the course of just a few days.

“Gillette has some aggressive soils and metallic components,” he said. “Corrosion and electrolysis are factors that eat metal.”