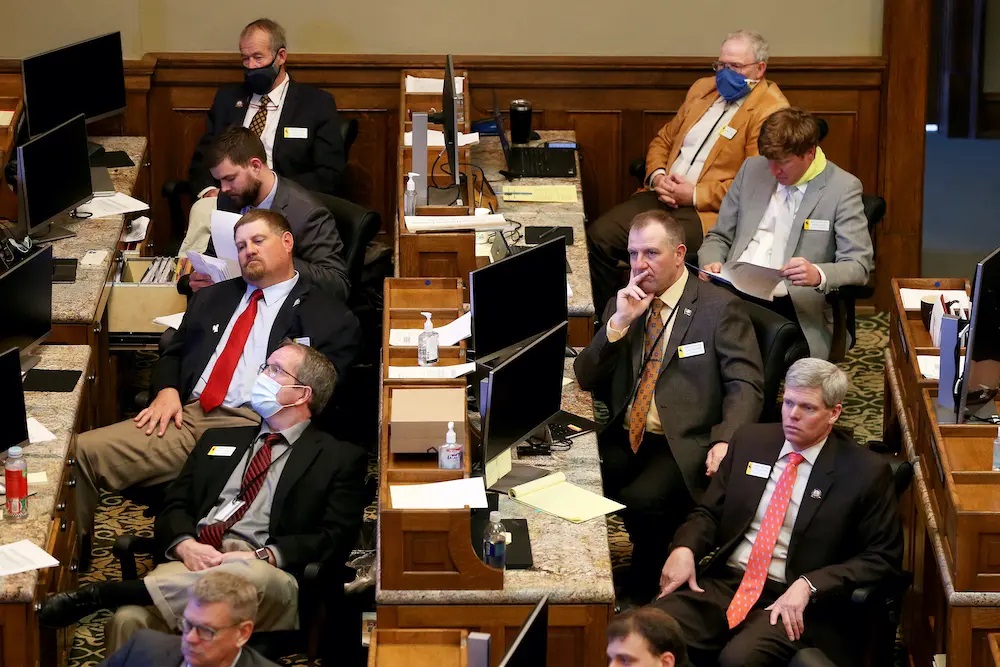 State representatives watch Gov. Mark Gordon give the State of the State Address to the 66th Wyoming Legislature March 2, 2021, from the House chamber. Members of both chambers watched the live-streamed speech from their chambers. (Michael Cummo/Wyoming Tribune Eagle/Wyoming News Exchange)

CHEYENNE, Wyo. — A bill allowing for the use of video systems on official traffic control devices to monitor pedestrian safety at school zone crosswalks will be heard by the House Transportation, Highways and Military Transportation Committee on Tuesday.

The bill is authored by Rep. Bill Henderson (H-41) and addresses safety concerns heard by stakeholders, community members and the Wyoming Department of Transportation.

“We must do everything we can to prevent further injuries and death at school crosswalks,” Henderson said. “Raising awareness about crosswalk safety and impacting driver behavior cannot wait. This bill fights for students and families and will serve as a key tool to create safer crosswalks in Wyoming communities.”

The measure would allow video recordings from 7 a.m. to 4 p.m. on days that school is in session. Drivers who fail to stop for pedestrians in school zone crosswalks during school hours could receive fines based on the video evidence.