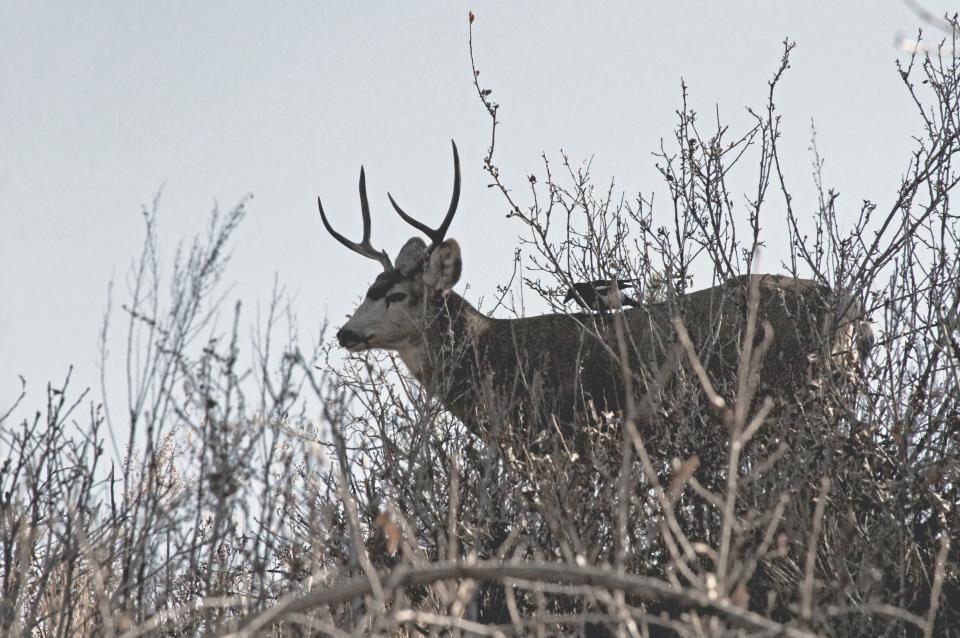 GILLETTE, Wyo. – Recovering roadkill in Wyoming may be legal; however, residents still need to go through the proper channels and obtain authorization before taking any recently road-killed animal home, the Wyoming Game and Fish Department says.

Encountering wildlife on roadways is a pretty common thing in Wyoming. According to the Nature Conservancy of Wyoming, thousands of animals meet their end each year after they are struck by drivers on Wyoming roadways.

Per WGFD, wildlife-vehicle collisions account for 15% of all Wyoming traffic crashes with 85% of the animals accidentally killed by vehicles being mule deer. But what happens to the animal following the collision?

Prior to a law change in 2021 that took effect in 2022, the answer would have been nothing. The meat would have been left to spoil under the Wyoming sun with residents forbidden from salvaging anything from roadkill. That law was changed after Wyoming Governor Mark Gordon signed a bill passed by the Wyoming Legislature that allows residents to take roadkill home for dinner provided they follow the rules.

One of the main rules is obtaining authorization from WGFD before attempting to collect roadkill, a process that can be done through the Wyoming Department of Transportation’s 511 app or via the WGFD desktop website, per WGFD.

Additionally, residents need to keep in mind that salvaging roadkill only applies to a few select species in Wyoming, those being: deer, elk, antelope, moose, wild bison, and wild turkey, according to WGFD.

Authorization through the app is given using the app’s “report road kill” button, which will take the user to a questionnaire that, once completed, will generate a certificate allowing collection, WGFD says, adding that anyone requesting permission to harvest roadkill needs to have or create a username and password with the department.

Once authorization is obtained, there is the safety aspect to consider, per WGFD, which says residents must abide by all safety guidelines outlined within the regulation.

According to WGFD, roadkill collection efforts on public roadways are only permitted from sunrise until sunset. When parking off the road is required, emergency flashers must be activated and no field dressing of any kind is permitted on the roadway. When collecting roadkill, the whole animal must be taken with the inedible portions being discarded in an approved landfill.

Drivers do not have to hit the animal themselves in order to collect it, game and fish says.

Due to safety considerations, per WGFD, roadkill may not be recovered on extremely busy roadways, which makes it illegal to collect carcasses on Interstates 25, 80, and 90. Collections are also not allowed in active construction areas or in any national park in Wyoming.

Regulations do not allow residents to euthanize any injured animal and the animal in question may not be donated to a non-profit organization, according to WGFD.