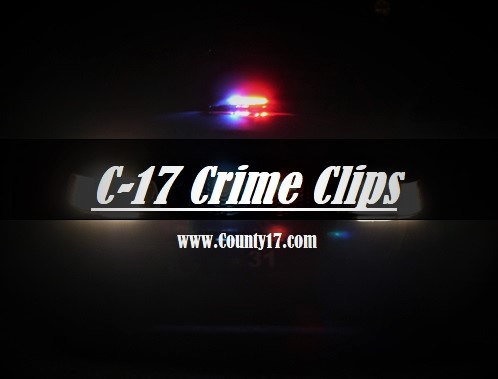 An adult woman was transported to the hospital after her 2013 Chrysler was rear-ended by a 34-year-old man driving a 2016 Ford around 6:44 a.m. on Echeta Road, Deputy Police Chief Brent Wasson said. The man attempted to slow down when he saw the Chrysler preparing to make a left turn from Echeta Road but slid on the slick roadway. The woman complained of a possible head injury. The crash resulted in over $1,000 in damage and no citations, per Wasson.

A 32-year-old man called the police at 8:45 a.m. to report his ex-wife, 32, was harassing him through phone calls and text messages, Wasson said. The two of them were recently divorced and the man wished to have no contact with the woman unless it involved their shared children. Officers contacted the woman who agreed to cease contact.

Deputies responded to S A Road yesterday around 9:12 a.m. to investigate a report of a one-vehicle rollover, Undersheriff Quentin Reynolds said. They found a blue Hyundai had slid off the roadway and overturned onto its roof before coming to rest against a fence. The vehicle was unoccupied at the time and there was no indication that the driver, later found to be a 20-year-old man, was seriously injured. The man contacted the deputy later the same day and said he lost control on the slick roadways while traveling 30 mph, Reynolds said, adding that no citations were issued and the vehicle’s damage was estimated to be over $1,000.

A 24-year-old woman called the police at 10:44 a.m. after she got a number of phone calls from an unknown man who knew a lot of her personal information, Wasson said. Officers called the phone numbers that were used by the man but none of them were in service and could have been generated numbers from an app. The woman was advised on what steps she could take to protect her personal and financial information, per Wasson.