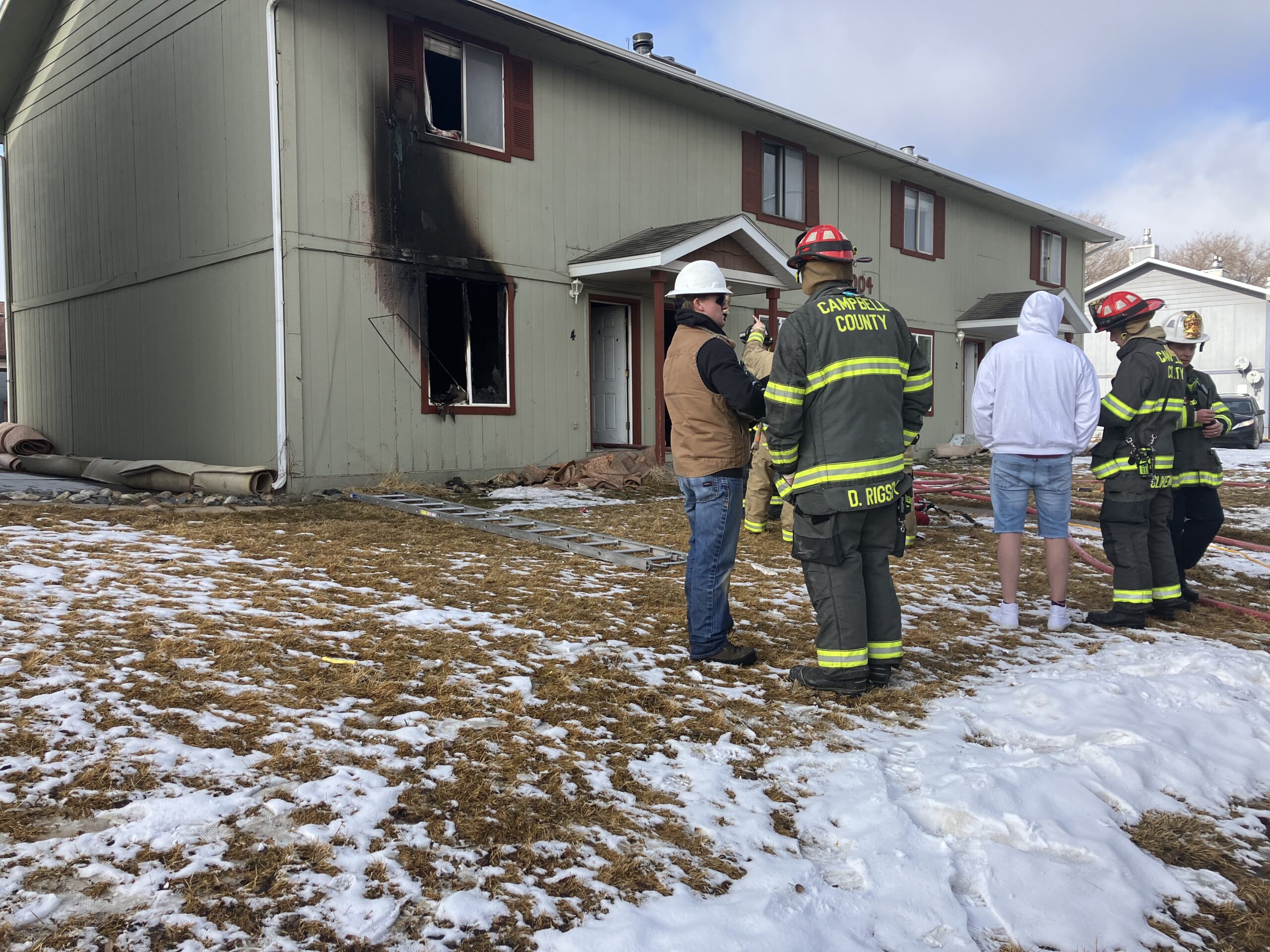 GILLETTE, Wyo. — Nobody was injured in a fire that started this morning on the ground floor of one of the four units of a building in Gillette, Campbell County Fire Department Battalion Chief Ryan Fox said.

He said the unit in which the fire started, No. 4, is one of the building’s two units that are unoccupied because they’re being renovated. No. 4 is now uninhabitable, but the other three remain inhabitable once the fire department finishes ventilating the building, he said.

No. 4 suffered damage while the other units had smoke damage but no water or fire damage, Fox said.

He said firefighters would likely be able to leave the scene around 1:30 p.m., though the fire investigator may stay longer. The cause of the fire is still under investigation, Fox said.

Fox said that while he doesn’t know whether smoke alarms responded to the fire, he wanted to remind residents to check their smoke alarms.

He said he didn’t know who reported the fire to the fire department.