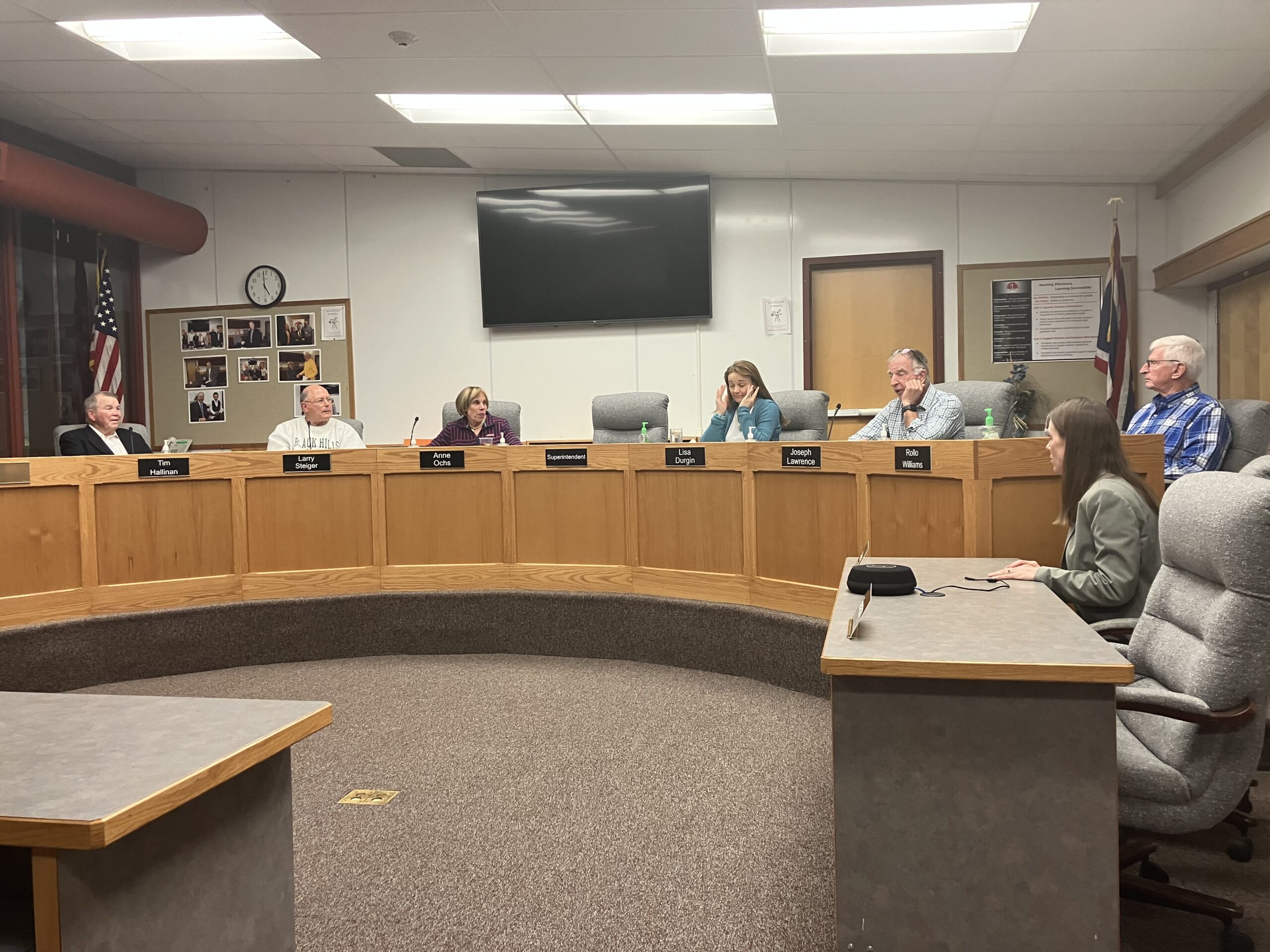 Campbell County School District's board of trustees voted Jan. 17 to appoint Meldene Goehring to the board. (Mary Stroka/County 17)

GILLETTE, Wyo. — Campbell County School District Board of Trustees ultimately unanimously decided today to appoint Meldene Goehring to the board.

Of the nine candidates who ran for former trustee Ken Clouston’s open seat, Goehring, Mark Christensen and Mark Gilbertson made it into the final selection.

Goehring has a bachelor’s degree in business from the University of Mary in Bismarck, ND, and retired from Campbell County School District with 24 years of service.

After the board got into a stalemate, Vice-Chair Lisa Durgin said there are several considerations the board members could make in selecting a candidate to ensure a variety of perspectives is represented on the board. Those include whether the candidate has children currently enrolled in the school district, gender and past work experience in education.

Durgin said before the final vote that she believes Goehring would be a great advocate for all staff.

Chair Anne Ochs said she believes Goehring will be helpful in recruiting teachers since she’s been involved in that process.

Goehring told County 17 in her candidate questionnaire that she worked for the school district for six years in human resources, so she has knowledge of recruiting staff, teacher certification and employment laws. Her school district experience also included 11 years in finance and seven years in the superintendent’s office.

Trustee Rollo Williams said he was impressed that Goehring said “education is in my heart.”

The trustees interviewed eight candidates. Candidate Bob Jordan was unable to interview today since he was at Campbell County Health recovering from a car crash that occurred Jan. 16.

Dr. Joseph Lawrence, the board’s treasurer, said all the candidates are good people, and they’d probably all be fine board members. They just have different things to add.

Trustee Dr. Tim Hallinan said he believed the new school board member should be the person who received the most votes in the November election, after the candidates who won the election. That candidate would have been Jerry R. Means, according to official November 2022 general election results from Campbell County. Means received 2,983 votes, while Mary Brunner, the next runner-up, was close behind, with 2,978 votes.

Hallinan asked if he could abstain, but, as the school district’s attorney pointed out, board members can only abstain if they have a conflict of interest, under Wyoming law. Durgin said that the board needed to together choose a candidate to achieve a majority vote, and Means didn’t receive enough support from the board to make that possible.