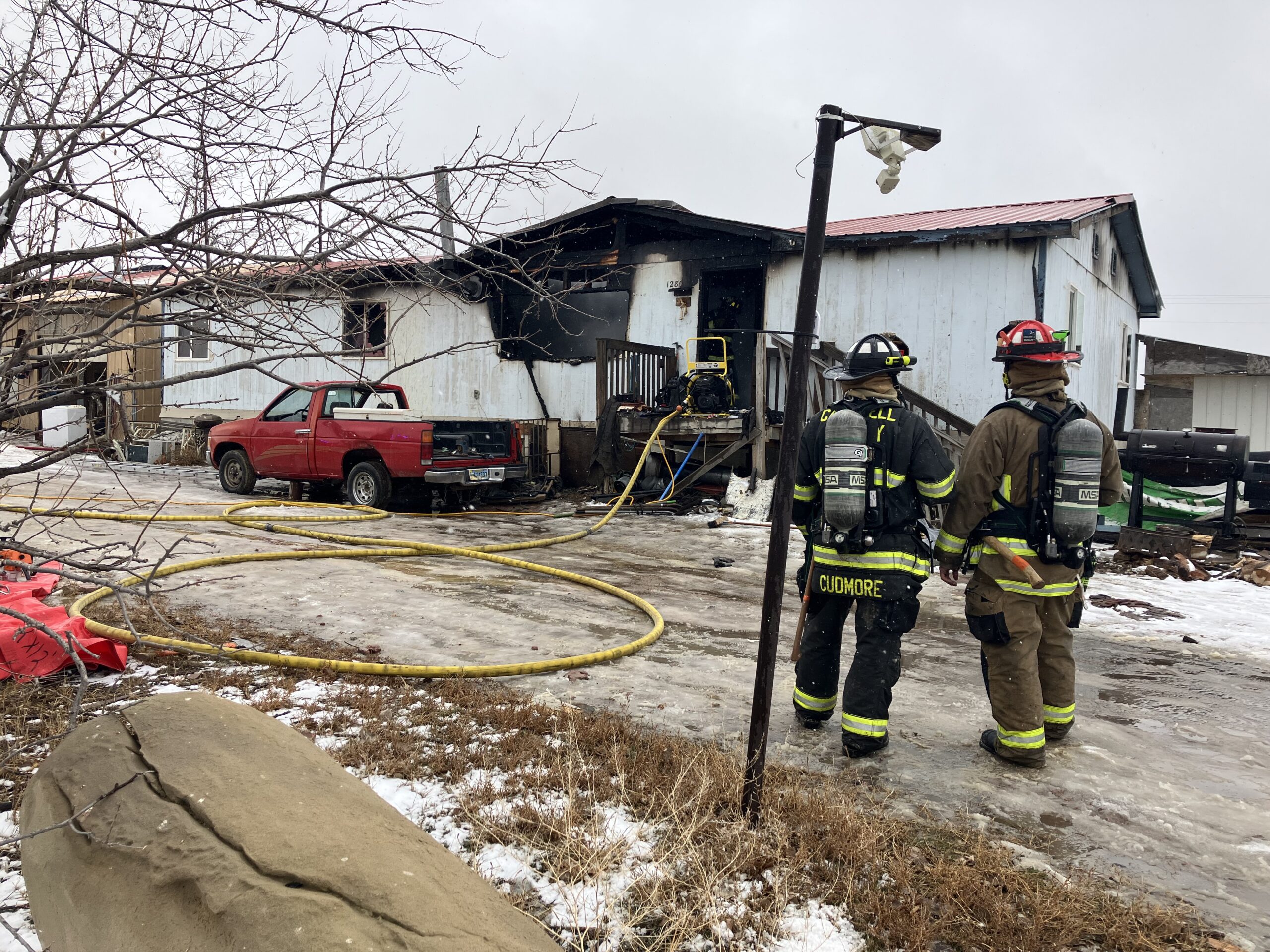 Apart from the dogs, no one was inside the residence at the time of the fire, which occurred at 1280 Warrior Road, Dickey said.

Rodney Maki, the homeowner, told County 17 that the man who rents the home from him was at work today. The two dogs belong to the renter, Maki said.

Maki has owned the home since about 2004, and this is the first fire that’s occurred there. He said it will take a lot of work to replace the $100,000 asset.

“It isn’t going to be salvageable,” Maki said.

He said he doesn’t know what help the renter would like from the Campbell County community.

Dickey said he doesn’t know what kind of dogs they were, and the cause of the fire is still under investigation.

Maki said he was one of a few people who called to report the fire. His wife, Alberta Maki, a dispatcher at the Campbell County Senior Center, received a call from someone who noticed a fire in the area and she asked Rodney to check it out in case it was a controlled burn.

As soon as he saw the billowing smoke, he called the fire department, he said.

Based on scanner traffic, the fire was reported around 12:50 p.m. Jan. 16. Firefighters were still working on scene at about 3:15 p.m., County 17 observed. County 17 also observed Campbell County Fire Department personnel informing the renter about the fire.

One of Rodney’s horses, Dash N with Shamree, was about 300 feet from the fire. The filly is fine, he said. Maki said he owns three other properties.