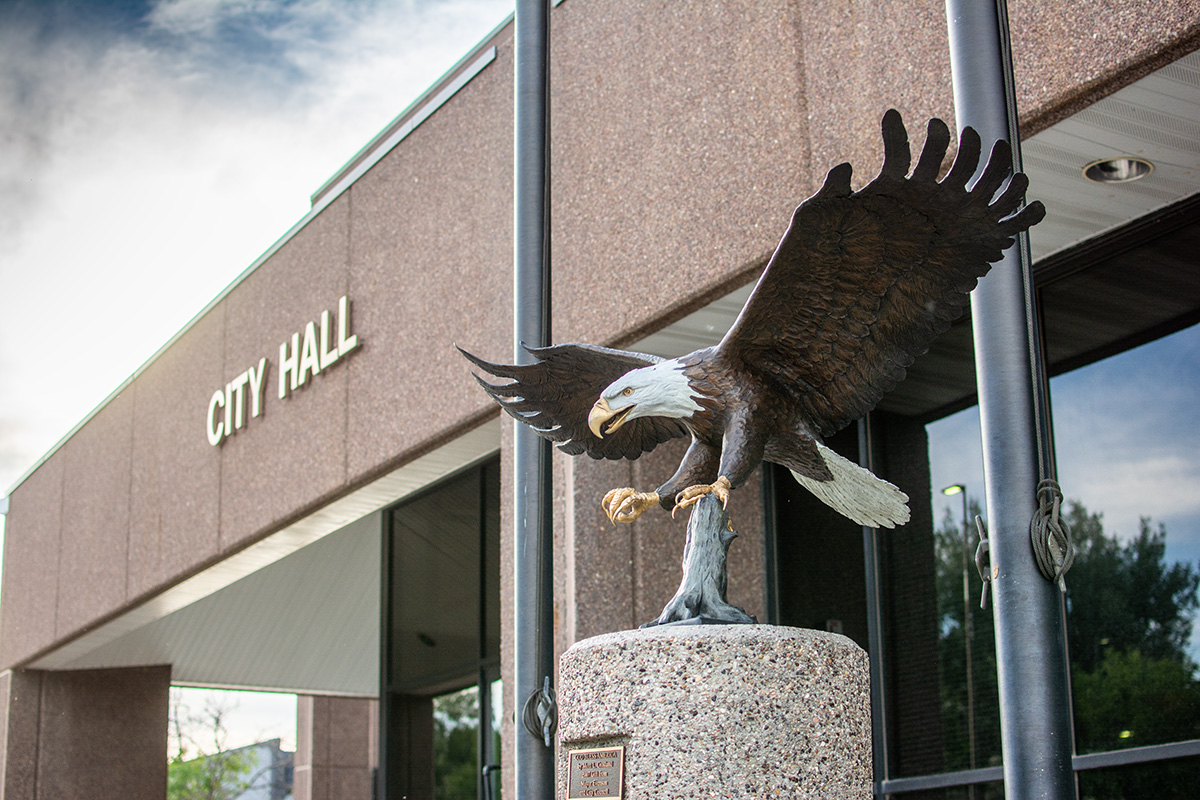 An eagle statue stands tall outside of the main entrance of City Hall.

GILLETTE, Wyo. – The window that was opened earlier this month for residents to file an application to represent Ward 3 on the Gillette City Council has closed, according to the city clerk’s office.

As of 5 p.m. on Jan. 12, the time that the application window closed, residents Mason Edwards, John Wayne, and Brian Braham got their applications in on time, the clerk’s office said, bringing the total number of applicants for the vacant Ward 3 city council seat to eight.

The final three filers join residents Abraham Van Horn, Richard Cone, Ernest Gibson, Ed Sisti, and former city council member Nathan McLeland, each of whom will be interviewed and one of them selected during the council’s meeting on Jan. 17, according to the City of Gillette.

McLeland and Sisti both ran in the 2022 General Election, McLeland for the office of mayor and Sisti for the council, where both of them were defeated.