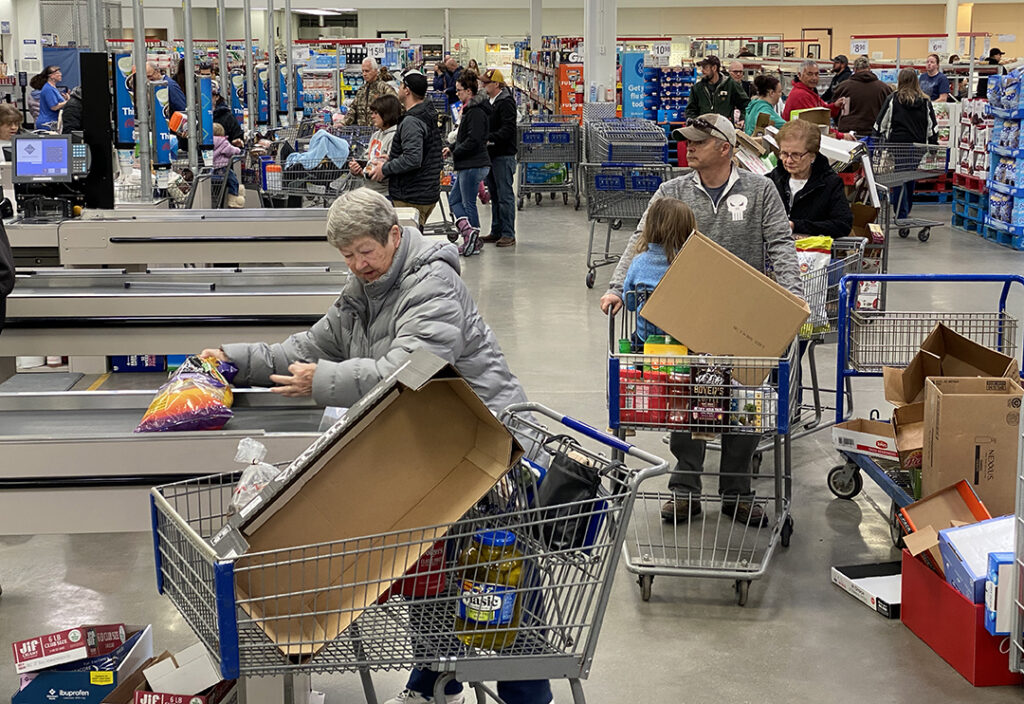 Checkout lines at Sam’s Club in Casper fill up with shoppers on Saturday, March 14. Many staples such as paper products and frozen chicken were already in low supply. (Dan Cepeda, Oil City)

The 20.4% growth in total taxable sales was mostly attributed to continued expansions in retail sales and the robust rebound in mining. According to the report, heightened inflation has also played a significant role for the strong growth.

Compared to the pre-Covid level of the third quarter of 2019, the mining industry was still down by 13.0%, but the state’s total taxable sales were 13.3% higher, attributed mainly to about a 28% expansion in retail trade. The report states that broad and high inflation played a significant role in the increase.

On the whole, Wyoming recorded approximately 6,500, or 2.3%, more payroll jobs in the third quarter of 2022 than the prior year. Leisure and hospitality — mostly restaurant & lodging — led this growth with 1,900 more jobs, followed by mining industry, with 1,600 jobs.

According to Dr. Welin Liue, chief economist with the Wyoming Division of Economic Analysis, the impact from the Omicron wave of the Covid-19 pandemic continued to fade, which in turn led to Wyoming’s economy continuing to rebound in the third quarter.

“With the heightened energy prices, employment in the mining industry, including oil and gas extraction, showed a year-over-year increase of 10.4% due to increased activities,” Liu said.

Despite the growth from 2021, statewide numbers still lagged behind pre-pandemic totals. Compared to the third quarter of 2019, the state’s total employment remained behind by 5,600, or 1.9%.