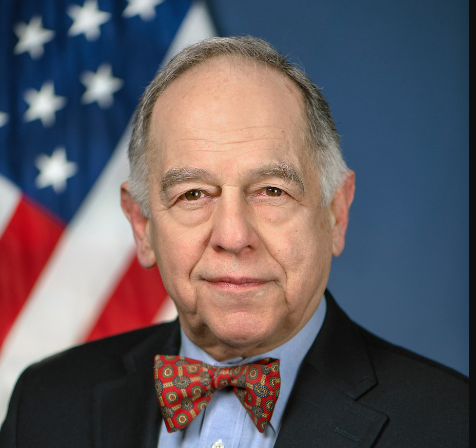 He anticipates they’ll be filled by early March.

The Surface Transportation Board is an independent federal agency that handles the economic regulation of freight rail and other modes of surface transportation.

His letter was a response to one U.S. Senators Cynthia Lummis and Dr. John Barrasso send him Nov. 18. They asked Oberman to inform them by Dec. 2 regarding when coal industry representatives would fill three vacancies on the board’s Rail Energy Transportation Advisory Committee.

In the letter, Lummis and Barrasso wrote that coal’s the largest volume commodity on U.S. railways and that rail service is impacting coal production. Coal industry representatives would help the energy industry have a voice in surface transportation, according to the letter they and Senators Steve Daines, R-MT, Joe Manchin, D-WV, Kevin Cramer, R-ND, and John Hoeven, R-ND, signed.

Oberman said in his letter that he agrees coal industry representation and RETAC participation by people with deep experience and knowledge is important to the committee’s work.

“As you noted in your letter, the Nation’s freight railroads move significant volumes of coal each year, both for the domestic and export coal markets,” he said.

He said there are several coal-related vacancies on RETAC and he’s filling those vacancies as soon as possible.

The Board is amending the RETAC charter, which will also incorporate additional seats from various sectors, he said. The charter change should be complete before January. After that, the Board will announce vacancies and ask for nominations for 30 days. Then, within a month, the new members should be selected, he said.

“I appreciate Chairman Oberman’s prompt response to our inquiry and I appreciate his commitment to including all types of energy producers on the Rail Energy Transportation Advisory Committee,” she said. “I will remain in close contact with him as he works to fill these vacancies to ensure coal producers in Wyoming and across the country have a voice.”

The seats have been open for more than two years, according to a news release the Wyoming State Delegation’s office issued at 1:30 p.m. Nov. 22.

“The Wyoming government relies heavily on tax revenue from coal and other energy sources to fund necessary government operations and services,” the release said. “The ability to export that coal via rail is essential for the success of this industry.”