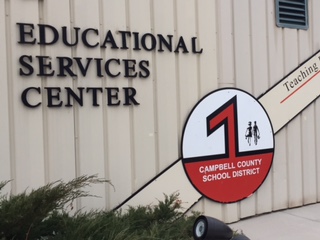 Campbell County School District Human Resources Director Larry Reznicek proposed at the Nov. 25 school board meetings that the board approve a $1,000 incentive for teachers, licensed professionals and administrators who let him know before Feb. 15 that they intend to resign so that it’s easier for the district to hire their replacements.

If the district has an idea of who’s resigning or retiring, the district’s representatives at job fairs have a good idea of how many teachers they need to recruit at the fairs and don’t need to guess, he said.

Under state law, certified staff in Wyoming have to inform the district by May 15 that they will resign.

Reznicek said that retirement’s a big decision and many teachers will wait until late April or May to resign. He’s asked teachers to let him know of their decisions earlier so the district can find a viable candidate to replace them, but it doesn’t always work that way, he said.

Most teacher recruiting fairs occur in late February, March and April, he said. The first fair for 2023 is Feb. 28, in Sioux Falls, he said.

“And if you miss that window, [recruiting] can be tough,” he said.

The proposal stems from a recruiting and retention committee the district formed based on the school board’s feedback last spring, Reznicek said. The committee examined factors including ease of job applications to exit interviews to assess why staff are leaving and what the district can address to improve recruiting and retention, he said. They asked other school district professionals which districts had certified resignation incentives and found out that many did and that these incentives help with recruiting, Reznicek said. The incentives range from $500 to $4,000, depending on when teachers turn in their resignations, he said.

“Every one of the districts said that, if they know ahead of time that somebody is going to resign, they’re able to put their best resources together and get through those recruiting fairs,” he said.

Employees whom the district is terminating or who worked a one-year-only contract before resigning wouldn’t receive the incentive, he said. The payments would be made in the June payroll. The incentives aren’t Wyoming retirement eligible.

Reznicek said he believes that the incentive might persuade those who have decided to retire to notify the district earlier.

In addition, the district is updating its certified resignation policy 4115.

He said job advertisement costs have increased, and the district’s policies are on the low end compared with other districts, he’s found.

A third change would be a notice of a hiring bonus for new teachers that would be public knowledge, not surprise checks, at the end of new teacher orientation before the start of the school year, he said. That way, teacher job fair representatives could pitch it as an attractive benefit they’d receive if they work for Campbell County School District.

Reznicek said the reason he made the proposal at that particular meeting was because people tend to reflect on big decisions, like retirement, over the holiday season. Last year, the district had the challenge of hiring 104 teachers, he said.

“We were scrambling with a lot of those positions at the end,” he said.

The district has about 850 teachers and about 850 support staff, he said.

He said the proposal is only for teachers at this time because he’s trying to get a jumpstart on addressing teacher hiring challenges before the job fairs.

District schools are continuing to search for paraprofessionals, especially in special education, he said. He said the district would continue to work with staff communicators as administrators examine wages, especially in hard-to-fill areas.

“I didn’t want anybody to think that we’re just focusing on teachers, because it really is the whole school district support staff along with our teachers,” he said.

Board Chair Anne Ochs said she thought the incentive program is a great idea.

Ochs said teachers from out of town move to the community in August since professional development begins around the 10th of August, but they don’t receive their first paycheck until Sept. 22. Moving expenses tend to include two months’ rental payments, she said.

“Hopefully this will help folks in the process of getting set up here,” Ochs said.

Campbell County school board authorizes lawsuit against State of Wyoming

Campbell County board chair recognizes Bricker’s departure from the board

Campbell school board to discuss recruitment and retention tonight