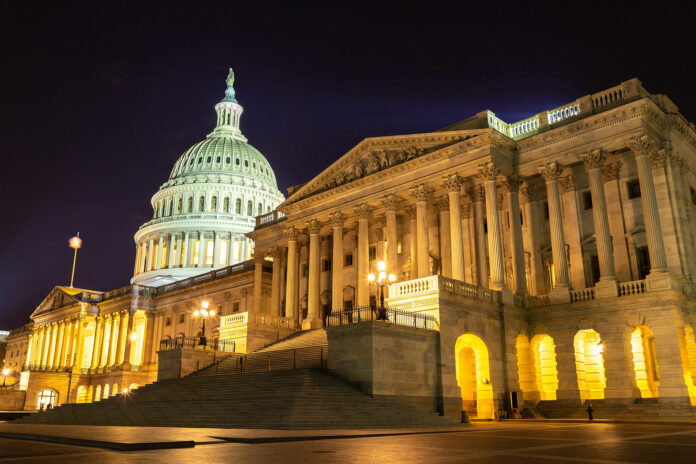 (The Center Square) – Republicans took a majority of seats in the U.S. House of Representatives after multiple media outlets projected California Republican Mike Garcia would win the 27th Congressional District.

CNN, Fox News, the New York Times and the Washington Post all reported the GOP took the House majority as of Wednesday night. With a handful of races still left to call, Republicans are projected to hold at least 218 seats, enough to secure majority control. Democrats had 210 seats as of Wednesday.

The New York Times tweeted, “Republicans seized a slender majority in the House of Representatives on Wednesday. It will reorder the balance of power in Washington and is expected to effectively give the party a veto on President [Joe] Biden’s agenda for the next two years.”

Democrat Nancy Pelosi is the outgoing Speaker of the U.S. House of Representatives. The Speaker of the House has broad authority including the power to select who is appointed to which committees.

U.S. Rep. Kevin McCarthy, R-Calif., the current minority leader, is expected to lead the House but is facing some pushback within his own party.

“Republicans just won back control of the House. This is a big deal,” Joe Walsh, a former GOP U.S. Congressman who ran for president in 2020, posted on Twitter. “The majority party in the House controls & dictates EVERYTHING. So the GOP will investigate EVERYTHING. They’ll disband the Jan 6th Committee on day 1 & launch an investigation of the Jan 6th Committee on day 2.”

Some supporters of Democrats said the GOP won control by gerrymandering.

Jon Cooper, a New York Democratic activist who was the Long Island chairman for Barack Obama’s presidential campaign, tweeted Nov. 15: “If Republicans do end up winning the House by a RAZOR-THIN margin, that will ONLY have been due to extreme, partisan gerrymandering by the GOP – in TX, FL, OH and elsewhere. The GOP couldn’t win a fair fight.”

Democrats in Blue states such as Illinois also have been accused of gerrymandering their way to big election wins.