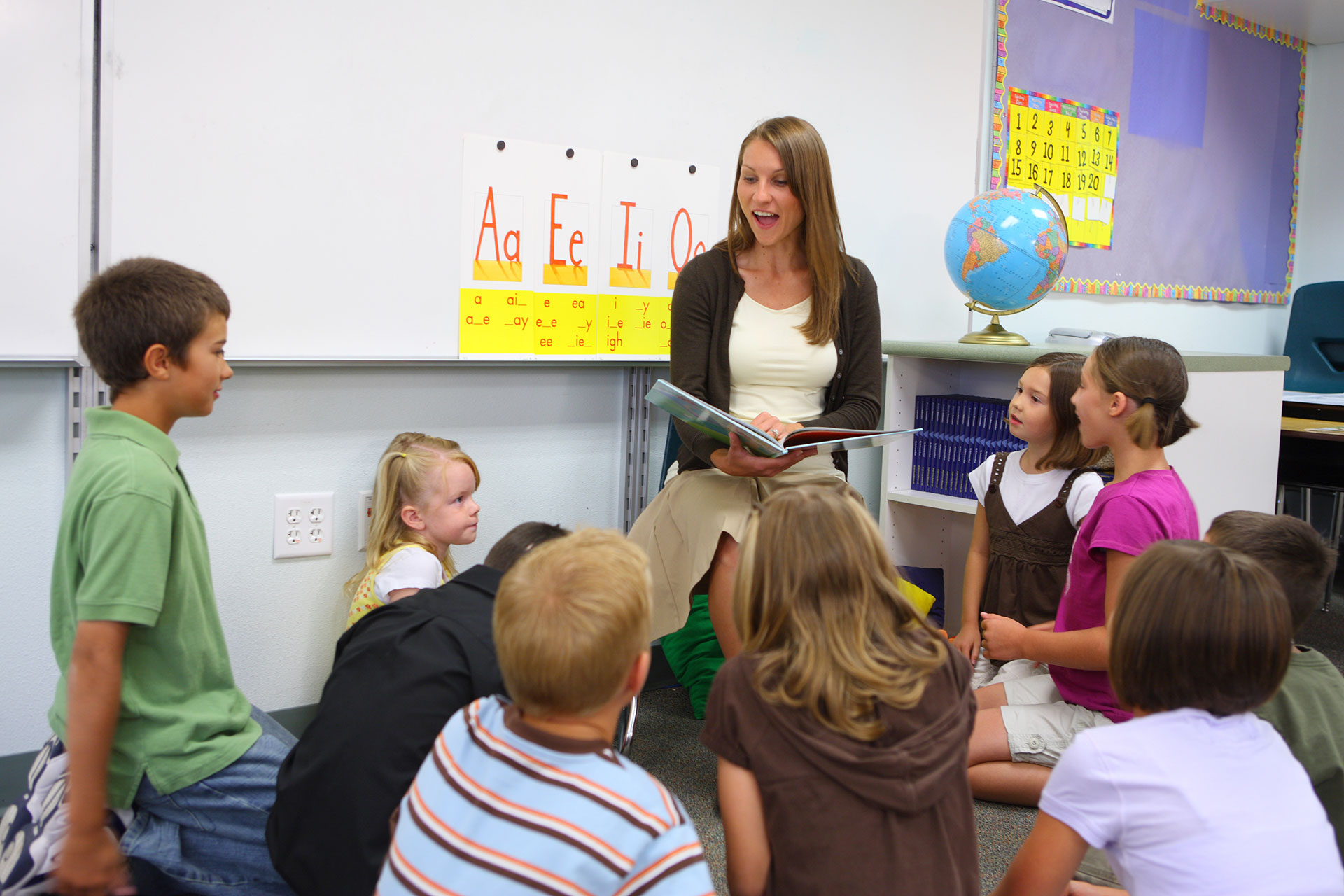 Once sleepy school board races in Wyoming are no more. School districts across the state are flush with candidates, many of whom are running out of frustration with how the pandemic was handled.

School boards are non-partisan in Wyoming and their elections are paid for by their respective school districts. This year, however, county political parties have endorsed candidates, statewide party officials have sent candidates partisan surveys and at least one political action committee has gotten into the mix with mailers.

While new to Wyoming, the politicization of school board races is characteristic of a national trend. After public schools became a political battleground during the pandemic, Republicans seized on education as an especially potent issue for voters, said Brian Farmer, executive director for the Wyoming School Boards Association. While the association has not formally tracked the amount of candidates or partisan participation in campaigns over past years in Wyoming, Farmer said to his knowledge this election year is unprecedented for the state.

Of the scores of board seats at play, WyoFile selected a handful of school districts to watch that are representative of statewide trends.

On a heavily-traveled highway running through Cody, directly across from its famed rodeo grounds on the west end of town, is a billboard with an eye-catching, all-caps statistic.

Bob Berry is one in a flood of candidates running for school board in Wyoming this year. His campaign has claimed that 40% of students in Cody can’t read and 53% can’t do simple addition. Last week, at a student-led candidate forum at Cody High School, one student asked Berry why he was using inaccurate information. Data from the Wyoming Department of Education shows that Cody students are more proficient at both math and reading than Wyoming students at-large — well above what Berry’s billboards proclaimed.

“This is a campaign and you try to get yourself separated from other candidates,” Berry explained. “Those [numbers] are metaphors.”

At the start of the forum, the student group had made a request of the candidates.

“Please recognize that students are required to be accurate and truthful when using data or statistics in a school-assigned paper or project” a student told the audience of roughly 65 voters. “We expect the same of the candidates.”

Webber signed the survey with her official title, but it’s not clear if the survey was sent in her official capacity with the state GOP party. Webber did not respond to WyoFile’s request for comment.

While heavily politicized, the race for school board in Park County has one of the smaller candidate pools in Wyoming. In contrast, Converse County School District 1 has 23 candidates competing for six spots. That’s reflective of large pools of candidates across the state to a degree not seen before, according to Farmer.

Nancy Stephens has become a fixture of Sheridan County School District 2 Board of Trustee meetings over the last two years, often serving as a voice of parental dissent. In September 2021, she pulled her children from the public school system after the trustees unanimously voted to approve a recommendation requiring face masks in school and district buildings, according to the Sheridan Press.

That decision by the board also prompted Stephens and four other Sheridan County residents to file a civil case against the district, questioning its authority to implement and enforce pandemic-related requirements, such as masks. A judge ruled in favor of the district.

Now, Stephens is running for a position on the board along with one of her co-petitioners in the suit, Jay Calentine.

The board has “done their best to do what is right for the students and faculty. However, I feel they have forgotten to listen to the concerns of the people that put them there in the first place — the parents,” Calentine said during a Sheridan Chamber of Commerce candidate forum on Sept. 26. “I believe the proof of this is apparent on this stage tonight,” referring to the 15 candidates running for four positions. Seven candidates ran for five seats in 2020 and in 2018, five candidates ran for four seats.

In Albany County, a political action committee formed to support progressive, local candidates, including those running for the school board. That’s not been seen before in Wyoming, according to Farmer.

“School board members make a wide range of decisions about our children’s daily lives,” the mailer says. “We must elect candidates who take a holistic approach to education and share our community’s values.”

Several incumbents in Albany County did not seek re-election, which Farmer said reflects a greater trend of turnover on school boards and a recognition that the job has become more challenging.

“We’re seeing people who sort of made it through the challenge of the pandemic, that had to make difficult decisions and have difficult discussions, some of those folks have said ‘it’s just time to step away now,’” Farmer said.

In Casper, only two of the 15 candidates competing for the four open seats on Natrona County’s School Board are incumbents — Debbie McCullar and Kianna Smith. That race, in particular, has been characterized by controversy over library books. Three candidates — Jenifer Hopkins, Mary Schmidt and Renea Redding — are members of Moms for Liberty, according to the Casper Star-Tribune.

The group is a national, nonprofit organization that got its start rallying against mask mandates during the pandemic and is now at the forefront of the movement to ban certain books from school libraries. Earlier in the week Moms for Liberty had a presence at an event organized by the state’s top education official involving calls for book bans, anti-LGBTQ rhetoric and misinformation. The group has chapters in Converse, Laramie and Natrona counties.

In Cheyenne, Moms for Liberty activists have been canvassing in support of four Laramie County School District 1 Board of Trustees candidates — Hank Bailey, Susan Edgerton, Brooke Humphrey and Christy Klaassen. The Laramie County Republican Party endorsed those same four candidates. While the Laramie County Democratic Party chose not to formally endorse any candidates, it did decide to share the information of two candidates that identify as Democrats — Jenefer Pasqua and Joseph Ramirez —  by listing them on its website.

This will be the first time since adopting new electoral rules that the state’s largest school district conducts an election. Previously every trustee was elected at large by the entirety of the district. Now, three of the board’s seven seats are residence-area positions, meaning they must live in a particular area in order to represent it. The move was part of an effort by community members of South Cheyenne, including Carla Gregorio, to bring representation closer to the most diverse part of the city.

The effort was worth it, Gregorio said, adding that she feels “very optimistic” about Ramirez and Pasqua.

Vice Chairman of the Laramie County GOP Nathan Winters is also feeling optimistic, but that has more to do with the significant number of candidates running for school boards across the state. Winters said more choices benefit voters. School board races often fall victim to undervotes and are thereby decided by a small group of residents, Winter said, so he’s encouraged by the rising interest from both candidates and voters displeased with how the pandemic was handled.

“There’s far more scrutiny that has been brought on schools, primarily because for many people, it was almost the first time they really got a glimpse into what was happening in the classroom,” Winters said.

Farmer sees another side to it. While there are legitimate conversations to be had about including the voices of parents and boards making decisions that are reflective of their communities, Farmer said, he’s concerned about what happens when public schools are politicized. He also doesn’t think it’s productive to “Monday-morning quarterback” decisions made by trustees during the pandemic.

“School boards weren’t public health experts. They had to rely on somebody to make recommendations to them,” Farmer said. “The more constructive way is to examine what happened and ask what lessons are there to be learned and what can we do different in the future?”

Early voting in Wyoming is currently underway. The general election is Nov. 8. Bring an ID.