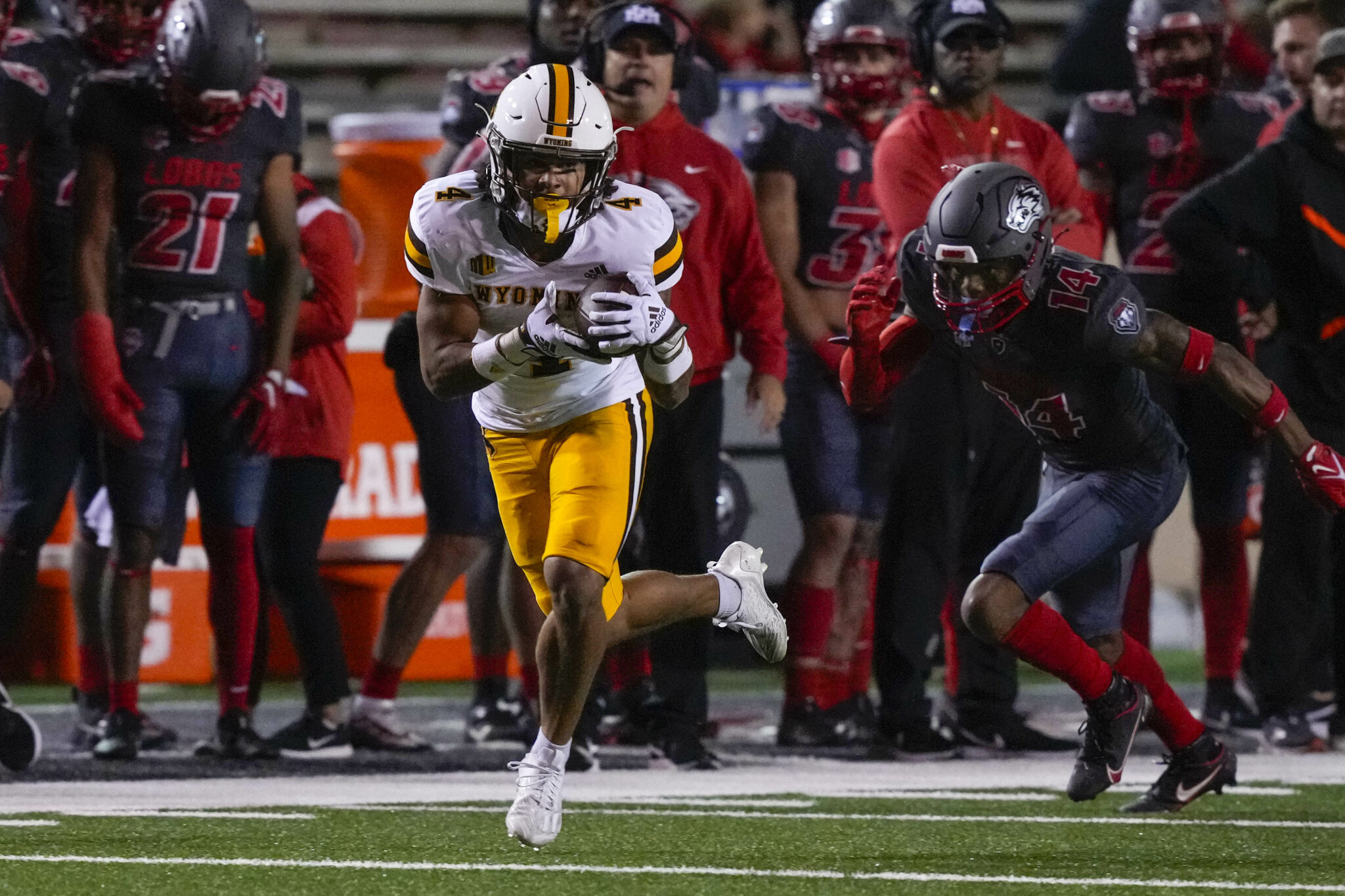 LARAMIE, Wyo. — University of Wyoming sophomore cornerback Cam Stone has been named to this week’s Paul Hornung Award Honor Roll by the Louisville Sports Commission. The award honors the most versatile player in major college football.

College football fans nationwide have the opportunity to vote for their favorite player during the regular season and again during the bowl season. Online fan voting powered by Texas Roadhouse is now open and factors into the selection of the finalists and winner.

Last Saturday at New Mexico, the Wyoming Cowboys held a 20-14 lead with less than two minutes remaining in the game and New Mexico had the ball at its own 27-yard line. It was then that Stone intercepted a pass from the Lobo quarterback and returned the interception 38 yards for a touchdown to give the Cowboys a 27-14 lead with 1:09 remaining in the game to seal the victory.

Stone was also credited with four tackles in the game and he returned two kickoffs for 33 yards, ending the day with 71 all-purpose yards. He helped lead a Wyoming defense that held New Mexico scoreless in the final three quarters and allowed the Lobos only 99 yards of total offense in the second half of the game.

The Hornung Award was established by the Louisville Sports Commission in the memory of the late football legend and Louisville native Paul Hornung. The winner of this year’s award will be named at the conclusion of the 2022 season. That individual and his family will be honored at the annual Paul Hornung Award dinner at the Galt House Hotel in downtown Louisville in March 2023.