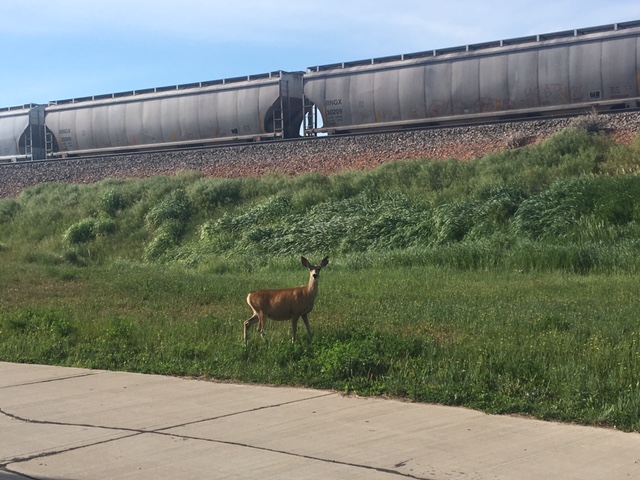 GILLETTE, Wyo. — There will be no train unions strike Friday, Transportation Division of the International Association of Sheet Metal, Air, Rail, and Transportation Workers, or SMART-TD Local 465 Chairperson Kevin Knutson told County 17 in a voicemail at 7:12 a.m.

“At 2:30 a.m. this morning, we reached a tentative agreement and we’ll see what happens with that,” Knutson said. “It does mean that there won’t be a strike at midnight or afterwards so we’ll see what comes of this one.”

The Brotherhood of Locomotive Engineers and Trainmen Division of the International Brotherhood of Teamsters, or BLET, and SMART-TD, said in a statement today that the unions will now begin submitting that agreement to members for a ratification vote.

Knutson told County 17 at 11:05 a.m. that the soonest a strike could occur, if workers didn’t accept the agreement union leadership have arranged, would be in a month.

BLET and SMART-TD said it’s the first time the unions were able to receive negotiated contract language exempting time off for certain medical events from carrier attendance policies. Members can take time away from work to attend to routine and preventive medical care and hospitalizations and surgical procedures. Members in thru freight service will have voluntary assigned days off and all members will have an additional paid day off.

“SMART-TD was successful in blocking the carriers’ attempts to fast track arbitration on crew-consist agreements, protecting two-person crews for the indefinite future,” the statement said. “The Carriers’ demands for increases in point-of-service health care costs were blocked, along with their demands to charge married employees with children more for monthly health care contributions.”

These are the highest general wage increases over the life of the agreement in over 45 years, the statement said.

“The solidarity shown by our members, essential workers to this economy who keep America’s freight trains moving, made the difference in our Unions obtaining agreement provisions that exceeded the recommendations of the Presidential Emergency Board,” the statement said. “We listened when our members told us that a final agreement would require improvements to their quality of life as well as economic gains.”

Combined, the BLET and SMART-TD represent about 125,000 active and retired rail employees. Roughly half of their membership is employed at Class I railroads involved in the agreement.

The carriers also reached an agreement with the Brotherhood of Railroad Signalmen, a statement from the carriers said.

The agreements follow the Presidential Emergency Board’s recommendations, which include a 24% wage increase during the five-year period from 2020 through 2024 — with a 14.1% wage increase effective immediately — and five annual $1,000 lump sum payments, the FAQ said.