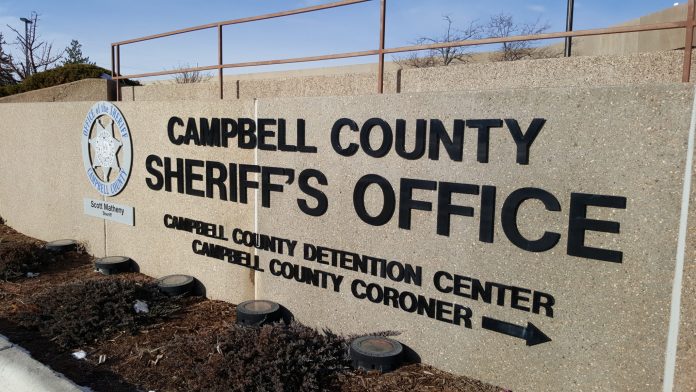 Police attempted the stop after they received information from the Coryell County Sheriff’s Office in Texas concerning a stolen pickup that they knew to be in the area, Matheny said, adding that officers located the vehicle at the Campbell County Recreation Center around 3:30 p.m.

A passenger exited the vehicle — a Dodge pickup pulling a gooseneck trailer with a Ford pickup on it — before it took off towards Highway 59 and was pursued south by Campbell County Sheriff’s deputies, Matheny said.

The pickup fled at speeds exceeding 95 mph south on Highway 59 towards Wright; it was spiked between Breene Road and Wagonsen Road, according to Matheny, who said the 18-year-old man was taken into custody.

Inside the Dodge, officers reportedly recovered a stolen 9mm handgun and it was not clear at the time of the report if the Ford on the trailer was stolen as well, Matheny said, and the male was found to have two extraditable warrants out of Texas.