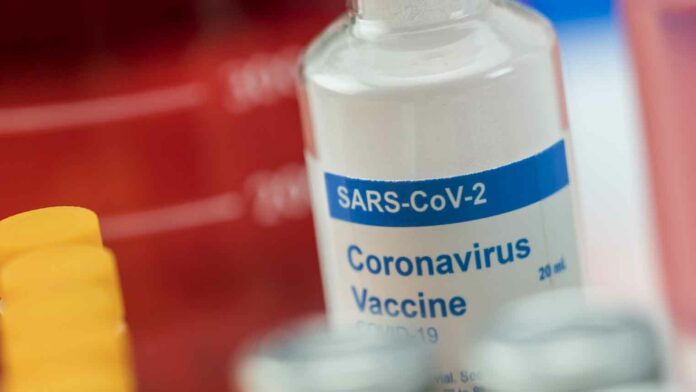 (The Center Square) – According to Price Waterhouse Coopers 2022 Pulse survey, business leaders are implementing a range of measures to retain talent and grow their workforce, including dropping COVID-19 vaccine mandates as a condition of in-person employment.

According to the survey, 56% of companies said they were dropping COVID-19 vaccine mandates for on-site work. The survey findings, published Aug. 18, came after vaccine mandates continue to be challenged and overturned in courts and after it remains questionable that the COVID-19 vaccines were effective in preventing the spread of the coronavirus.

While inflation and high costs are posing challenges, the report found that 83% of businesses are focusing their strategy on growth, more than any other objective listed. Only 30% said they believe a recession is a serious risk to their business operations.

The report found that nearly two-thirds of businesses, 63%, have changed or are planning to change their policies to address labor shortages, up from 56% in January 2022.

“Ironically, as businesses pivot even more toward automation, it’s critical to find employees with the right combination of deep functional knowledge and technology know-how,” the report states. “Without the right talent, automations can fail to deliver on promised efficiencies and increase operational risk.”

While finding the right talent continues to be a challenge for businesses, those surveyed also took proactive steps to streamline their workforce: 50% said they reduced their overall headcount; 46% said they dropped or were reducing signing bonuses; 44% rescinded job offers.

The analysis found that depending on the type of industry, companies are taking different approaches to address labor shortages. The healthcare industry, for example, is focused on rehiring employees who recently left or were forced to leave over vaccine mandates. Whereas, the consumer markets, technology, media and telecommunications companies are investing in automation.

One key finding was that 22% of companies said they were scaling back on their investment in real estate. Declining interest in real estate is likely a response to hybrid and remote work, the report suggests. The majority, 70%, have either expanded or have plans to expand permanent remote work options, with 42% having already implemented such measures, up from 30% in its January Pulse survey.

Only 31% of respondents said they plan to increase their investment in real estate, with financial services and health industries doing so the most by 30% and 29%, respectively.

Roughly 15% of respondents said they would decrease their investment in facilities and general capex over the next 12 months. With less people physically working in offices, they found they can significantly downscale their physical footprint. Instead, they are investing in other areas to expand their growth: 53% are increasing investments in digital transformation, 52% in IT, 49% in cybersecurity and privacy, 48% in investment in customer experience, and 40% in research and development.

Governor Gordon: Wyoming will not require COVID-19 vaccine for children