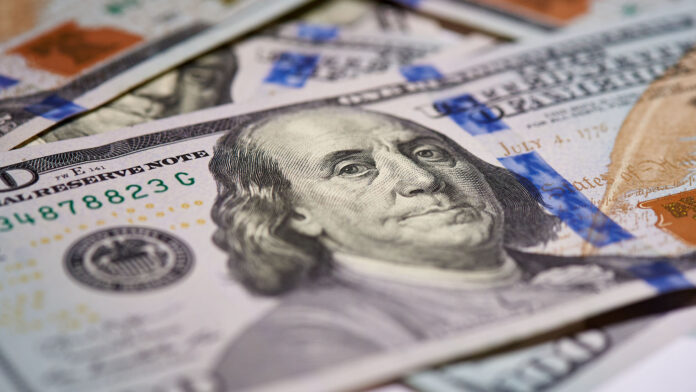 GILLETTE, Wyo. — The U.S. House of Representatives passed the Inflation Reduction Act around 4 p.m. Mountain Time Friday by a party-line vote of 220-207.

Solely Democratic representatives voted for the bill. President Joe Biden said in a tweet Friday that he will sign the bill into law next week.

The bill spans more than 700 pages and covers several topics, including prescription drug pricing, energy and taxes. It extends enhanced subsidies, which were passed as part of the American Rescue Plan Act, for people buying healthcare coverage on the Affordable Care Act Marketplaces.

While hundreds, if not millions, of people have taken formal and informal stances on the bill, County 17 focused this article around Wyoming’s most prominent political leaders and several energy stakeholders to localize it for readers.

The bill includes direct consumer incentives to buy energy efficient and electric appliances, clean vehicles, and rooftop-solar, and invest in home energy efficiency, with a significant portion of the funding going to lower-income households and disadvantaged communities, Senate Democrats said.

The American Petroleum Institute and nearly 60 other natural gas and oil industry trade groups, including the Petroleum Association of Wyoming, opposed the Inflation Reduction Act. They said in a letter to House Speaker Nancy Pelosi and Minority Leader Kevin McCarthy that new taxes and regulatory red tape undermine the industry’s ability to promote energy security for the American consumer and that the bill should have included comprehensive permitting reform.

Barrasso, ranking member of the U.S. Senate Committee on Energy and Natural Resources, said in an Aug. 7 statement that the bill is a “reckless tax and spending spree.” He said Democrats should have supported Republican amendments on the bill.

“These proposals would have unleashed American energy and lowered costs for families,” he said. “American families need relief from Democrat policies that attack American energy, send utility bills soaring, and drive up prices at the pump.”

Lummis said in a statement Aug. 7 that she could not support the bill.

“[It] raises taxes on Wyoming families and pushes Green New Deal priorities that will harm domestic energy production,” she said. “Record high inflation continues to harm people in Wyoming, as they struggle to afford basic goods and services. The last thing Washington should be doing right now is raising taxes that will harm low and middle class families, but that’s exactly what this bill does. These job killing tax hikes do nothing to help the American people, only provide Democrats with a pathway to pay for insane environmental regulations. This bill attacks our fossil fuel industry, which not only causes prices to go up for every family in Wyoming, but it also puts into place unrealistic measures to cut carbon emissions that will cost millions of jobs and hundreds of billions of dollars.”

“The Democrats’ solution to 40-year high inflation is passing another reckless tax and spending spree to the tune of $740 billion, affecting Americans in every tax bracket,” the statement said. “While denying recession, Democrats want to raise taxes on businesses and manufacturers, which will force higher costs onto consumers, worsen inflation, and aggravate shortages.”

The governors said the bill would punish energy producers, hurt working families struggling to pay for gas, food and utilities and exacerbate the economic crisis they say Democrats caused.

“We believe in an all-of-the-above energy strategy at Basin Electric, using coal, natural gas, renewables, and more, to serve reliable, affordable, and responsible electricity to our members,” the statement said. “Because the proposed bill provides incentives for the capture of carbon dioxide, and does not mandate reductions in carbon dioxide emissions or require closures of existing power plants, this is good news for the work being done at our Dry Fork Station near Gillette.”

“Electric cooperatives are leaders and innovators, and the passage of this bill helps make the work we do possible in providing reliable, affordable, and responsible electricity to our members in a nine-state region,” the statement said.

National Tribal Energy Association Chairman Daniel Cardenas said the bill’s extension and increase in the 45Q tax credit will enable every coal power plant owner to invest in carbon capture technology to capture up to 95% of current CO2 emissions, which would then either be sequestered underground or used for enhanced oil recovery.

“This would allow for the coal powered plants to continue operations, would allow the continual mining of coal in Wyoming, and would also help to extend the production life of many oil/gas fields, thus increasing our overall oil and gas production in the state, which saves jobs and secures our tax base, and creates a new tax base for the upgraded equipment at the power plants,” he said.

Tax credits will increase development of wind and might help develop solar, nuclear, geothermal and hydrogen power, he said.

“We in Wyoming need to come to grips with the fact that we are a part of a changing dynamic economy and that we will continue to need cheap low emissions power, power that we have always provided, since Wyoming coal is the cheapest and cleanest coal in our nation,” he said. “We can continue to provide what the market wants and needs by upgrading and retrofitting our coal power plants, that will not only provide cheap and low emissions power, but will also now provide CO2, which has value in the market, is a commodity, and can not only be used for EOR/EGR, but also has other industrial uses.”

On Thursday, Energy Capital Economic Development CEO Phil Christopherson said that he hasn’t had time yet to review the act and Wyoming Integrated Test Center Operations Manager Jim Ford said it’s too soon for him to comment.

Ford said Friday, after the U.S. House passed the legislation, that he needs more time to digest the bill before commenting.

Cheney’s hint at presidential run after loss met with skepticism

Poll: Hageman up big ahead of Wyoming’s GOP primary next week