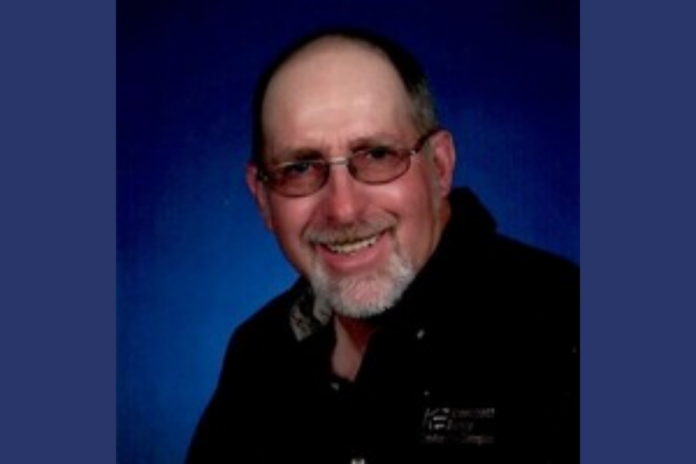 Franklin Michael Jundt, 72, passed away May 25,2022, at his home of natural causes. Franklin was born in Rugby, North Dakota, on July 9, 1949, to Frank and Mary (Feist) Jundt. He joined three sisters, Bernice, Betty, and Linda and enjoyed all of the benefits of being the “baby” brother. He was especially spoiled by Linda. He was raised in Towner, North Dakota, where he graduated from Towner High School in 1968. He always enjoyed going back for the school reunions and reconnecting with old friends. He moved to Gillette, Wyoming, in the fall of 1968, following his cousins for work. In the summer of 1970, he met the love of his life, Judy Bennor, at the A&W Drive-In. They were married on October 10, 1971. Two children were born to this union, Mony in 1972 and Mike in 1977. He was a very hard worker. He worked for several years for Suchor Concrete Construction, then a short time for TIC and Gladson Construction, ending his working career at Campbell County Road and Bridge after 23 years. He was a rare employee who truly loved his job and liked working. He usually enjoyed the people that he worked with and remained friends with many of them even after retiring. He loved his retirement and was such a social butterfly. He met with friends at Perkins Restaurant for breakfast every Monday morning, usually taking up space for two or three hours. He spent many years bowling on the Perkins’ team on Tuesday nights, rarely missing. Then he started going to Wacky Thursday and Jackpot Bowling on Saturday. He enjoyed his friends so much that he continued to go faithfully even though his bowling never improved much, doing it just for the fun of it and for socializing with friends. He also developed a great enthusiasm for building and driving demolition derby cars. He started in 1997 and was looking forward to the next derby in July. He loved the limelight so much that he became known for leaving the track at the end of the derby by jumping his car over the berm (provided it was still running), until they said that he could no longer do that due to safety concerns. He was always willing to help anyone with whatever they needed, never expecting anything in return, except maybe a helping hand when he needed one. He never met a stranger and could strike up a conversation with anyone. He loved going to auctions and garage sales, probably as much for the opportunity to visit with people as for the bargains he might find. He loved spending his time with his family camping, snowmobiling, playing games, and just hanging out together. Franklin was a longtime member of the High Plains Community Church, cherishing his church family. He loved a good get-together with family and friends. He was truly a good and faithful friend, but most of all a wonderful husband and father. There was nothing that he wouldn’t do for his wife, Judy, even if he didn’t agree with it or really want to do it. He will be sorely missed by all who knew and loved him. He is survived by this wife of 50 years, daughter Mony (Gerald) Fischer, and son Mike (Amanda), all of Gillette, sisters Linda (Duane) Held of Wahpeton, North Dakota, Betty Larson of Rugby, North Dakota, six grandchildren, 3+1 on the way great-grandchildren, all of Gillette, and numerous nieces and nephews. He was preceded in death by his parents and sister, Bernice Marthe.

A celebration of life will be held 10:00 a.m., Saturday, June 4, 2022 at High Plains Community Church in Gillette, with Pastor Dan Morgan Officiating. Memorials and condolences may be sent in care of Gillette Memorial Chapel 210 West 5th Street, Gillette, WY 82716. Condolences may also be expressed at www.gillettememorialchapel.com.