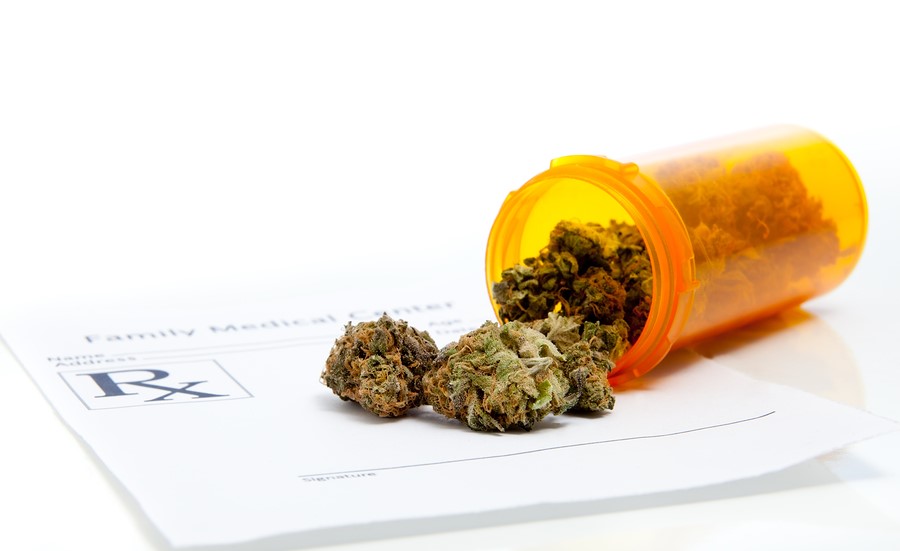 CASPER, Wyo. — With spring in the air, cannabis reform advocates in Wyoming are stepping up efforts to collect petition signatures to get decriminalization and medical cannabis legalization questions on the ballot in 2024.

He said that signature collections happened over the winter but slowed down due to the weather. Wyoming NORML is preparing to hire some professional petition signature gatherers to help with the push to gather the necessary signatures.

Wyoming NORML Director-at-Large Frank Latta, who formerly served in the Wyoming Legislature, said Wednesday that he “picked up two full petitions this morning” and that he has noticed an “astronomical” change in the public’s willingness to talk openly about a desire to see cannabis reform happen in the state over the past 4-5 years.

Latta said that people are more willing to talk openly about cannabis legalization at places like restaurants without feeling compelled to talk in hushed tones. He said that he has also spoken with some law enforcement officers and attorneys in the state who agree that cannabis reform is needed in Wyoming.

“There is definitely a sense in our population that the stringent penalties [on cannabis] have done nothing but damaged people,” Latta said.

The Wyoming Survey and Analysis Center (WYSAC) at the University of Wyoming released results of a statewide survey gauging residents’ views on cannabis in 2020 that found 54% of residents support legalizing adult cannabis use, up from 37% who supported legalization in 2014 an 49% who supported legalization in 2018. The 2020 WYSAC survey found that 85% of residents support legalizing medical cannabis. 75% said they don’t think people should serve jail time for possession of small amounts of cannabis.

Despite the strong support for medical cannabis reform and decriminalization among Wyoming residents, efforts to enact change through the state legislature have run into hurdles. A state-level bill to decriminalize cannabis sponsored by Rep. Mark Baker (Sweetwater County) found 10 co-sponsors in the Wyoming Legislature, but the House did not consider that bill for introduction during the 2022 Budget Session.

Baker said Wednesday that while he thinks it would be beneficial for Wyoming to enact change before federal cannabis reforms happen, he is skeptical that efforts will find traction in the state legislature. He noted that hemp reform didn’t occur in Wyoming until there was federal change.

Baker said that he doesn’t think the push from Wyoming voters has been significant enough to push the needle on the issue. That might have been different if cannabis reform advocates had been able to collect enough signatures to get reform questions on the ballot in November 2022, but with those efforts pushed back to getting the initiatives on the 2024 ballot, Baker said he thinks legislators resistant to change have an excuse to continue efforts to delay reform.

From his perspective, Baker said the question remains whether federal reform or a bigger push from constituents will lead to change in Wyoming. The. U.S. House of Representatives passed the Marijuana Opportunity Reinvestment and Expungement (MORE) Act earlier this month, a bill that would  eliminate criminal penalties for anyone who manufactures, distributes or possesses marijuana in the United States. The bill would also set up a process to expunge criminal convictions for past cannabis offenses, create an excise tax on cannabis products, make some loans and financial services available to cannabis businesses and more. That bill could be considered by the U.S. Senate later this year.

While Baker is skeptical the state legislature will enact reform until federal changes happens, he said he wanted to see the legislature’s revenue committee explore cannabis reform during the interim to look at what it would cost the state to facilitate reform and what kinds of revenues reform could generate for the state.

Leafly’s 2022 jobs report found that legal cannabis supported 428,059 jobs across the county as of January. 107,000 new jobs were created by the industry in 2021 and legal cannabis sales reached $24.6 billion. The report shows that that compares with about $94 billion in beer sales.

Rep. Andi LeBeau (Fremont County) tried to get cannabis reform added as an interim topic for the legislature’s select committee on tribal relations. She said Wednesday that she presented to the committee on Tuesday.

Select Committee on Tribal Relations Co-Chair Lloyd Larsen (Fremont County) said that leadership decided against taking LeBeau’s proposal on as an interim topic for the committee. He said that he opposes both recreational and medical cannabis legalization.

As to whether change at the federal level needs to happen before some state legislators will consider it, LeBeau said she sees some irony to the situation. She said that in her experience, most members of the legislature don’t care what the federal government’s position is on most issues but then point to federal cannabis prohibitions as a reason to be cautious when it comes to enacting state reform.

“It just baffles me that that is their reason to be hesitant,” she said.

Latta said that he has concerns that even if cannabis reform gets on the ballot in Wyoming and a majority of voters approve, state government might find ways to ignore the vote of the people as he said has happened in South Dakota and Utah. He said that he thinks that might happen in Wyoming and that it would lead to a fight in the courts.

As for why he is involved in advocating for cannabis reform, Latta said his interest began for personal medical reasons. He said he has lived with multiple sclerosis for over 20 years and that multiple doctors in Wyoming, Montana and Colorado have all told him it would be better for him to use cannabis than opioids that have highly addictive qualities.

While his personal interest began from the medical perspective, Latta said that from a broader political perspective, he doesn’t think the government should be able to tell adults what they can put into their bodies.

“We need to quit putting people in jail for using cannabis in any way,” he said.

Latta said that he thinks people are feeling less and less intimidated to openly advocate for cannabis reform in the state, though he said some who oppose reforms continue to use what he sees as intimidation tactics. He said that from his perspective, the war on drugs has been a clear failure and continuing to enact penalties doesn’t make sense.

“I don’t like to be involved in insanity,” he said. “That is trying the same thing over and over again and expecting different results.”

Sondeno expressed more optimism than some that the legislature might enact reform during its 2023 general session. He said that Wyoming NORML’s lobbying efforts went well during the 2022 budget session.

Sondeno said that he thinks that the more that states around Wyoming enact reform, the more open people in Wyoming become about wanting to see change.

While some around the state are finding ways to celebrate the cannabis holiday known as 4/20 on Wednesday, Sondeno said that Wyoming NORML is not organizing anything specific for the holiday. He said the organization remains focused on advocating for reform and is looking forward to the warmer weather and increased petition push that weather allows.