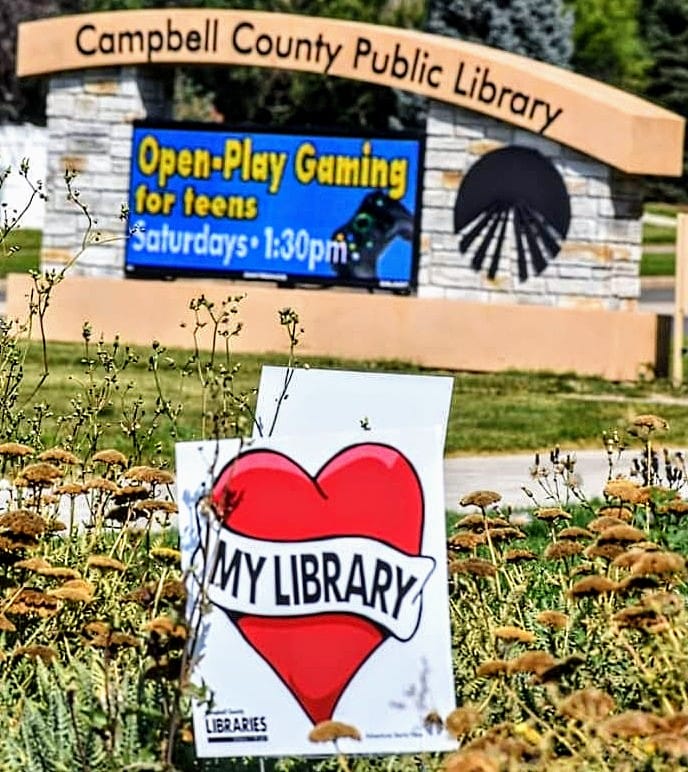 GILLETTE, Wyo.— Local Library Director Terri Lesley has been recognized by a national library association for her reported perseverance during a series of LGBTQ+ protests at the Campbell County Public Library (CCPL).

Later this year, Lesley will receive the 2022 John Phillip Immroth Memorial Award by the American Library Association (ALA), which is given to honor notable contributions to intellectual freedom and demonstrations of personal courage in defense of freedom of expression.

“Terri Lesley has led the staff and library board of [CCPL] in Gillette, Wyoming through an onslaught of challenged materials and protests,” ALA said in a statement. “Beginning in the summer of 2021, the number of challenges to unique titles rose from three in august to nearly 30 by the end of the year.”

The protests and book challenges referenced by the ALA began in July of 2021 when a group of residents reportedly learned that the CCPL had booked Magician Mikayla Oz, an openly transgender woman, for a children’s show.

Oz had been forced to cancel her appearance after reportedly receiving violent threats from multiple residents, one of which also threatened violence against CCPL staff prior to Oz’s cancellation.

Shortly after, those same residents then began protesting outside the CCPL with dozens of signs containing anti-LGBTQ+ slogans such as “Don’t Trans Our Kids” and “Stop Indoctrinating Our Kids.”

In the months that followed, those signs and the people that wielded them became a constant sight at Campbell County Commission and library board meetings where those residents presented various publications that they believed were pornographic in nature and demanded they be removed from the CCPL. They also demanded the firing or immediate resignation of Lesley.

Protestor presence at county commission meetings reportedly became so disruptive that the commission voted to suspend public comments to allow the board sufficient time to carry on with its regular business without being bombarded by protestor demands.

Residents Hugh and Susan Bennet even filed a report with the Campbell County Sheriff’s Office claiming local library staff was disseminating obscene material by not removing the protested material from their shelves. The report was ultimately dismissed after prosecutors declined to pursue official charges.

Throughout this period, Ms. Lesley has not only stood up for intellectual freedom for her patrons but has also continued to build community support for the CCPL through her interactions with the public, per ALA, which further added that Lesley supported her staff and maintained a strong working relationship with her board.

“Ms. Lesley’s commitment to intellectual freedom, her community, and her staff is second to none,” Conrrado Saldivar, Wyoming Library Association president, said in a statement. “Her resolve and defense of library materials has been an inspiration to all library staff in Wyoming and ensures that her community can continue having a robust exchange of ideas and opinions.”

The ALA will present Lesley with the award on Friday, June 24, during the ALA’s Annual Conference in Washington, D.C.

Lesley did not respond to a request for comment for this story.