Austin Morgan Simcheck age 31, of Gillette passed away on April 3, 2022. Austin was born and raised in Gillette, Wyoming.  He was homeschooled and graduated from Foster Penn School.  He later attended the University of Wyoming in Laramie for 2 years. Austin was active in karate in high school.  At the University of Wyoming, he was active in the Fencing Club.  He was constantly learning and researching his interests on the internet, teaching himself how to play the piano and publishing multiple stories he wrote, having over 2,000 views on just one story. He loved Roman History and even had a full Roman Centurion suit of armor, which he wore on special occasions. Austin had a thirst for learning and quest for knowledge that endeared him to many.  He will be remembered most for his kind, helpful and gentle nature. Austin worked at Campbell County Cam-Plex for 11 years on and off.  He recently worked for UPS in Gillette. Austin is preceded in death by his sisters, Eve Angelina Simcheck (passed 1983); Kimberly Kucera (passed 2014). Austin is survived by his mother, Debra Kucera (Jeff Kucera); his father, Frank Simcheck; his brothers, Colten Simcheck (Jennifer LaBounta) and Stephen Simcheck; sister, Fawna Simcheck; stepbrothers: Josh and Jared Kucera; and many aunts and uncles and cousins who loved and respected our dear and precious Austin.

Leonard Oliver Mosley age 80, left this earthly realm for the great, eternal scrapyard in the sky on March 27, 2022. Leonard passed away unexpectedly at his home in Rozet, WY of natural causes. Born Oliver Leonard Mosley to Ottie E. Lee Mosley and Mary Gabrella (Mosley) Dean in Jal, NM on December 8, 1941, Leonard disliked his given birth name of Oliver and refused to use it throughout his entire life. He was the oldest of six children, Bobbie Lee, George, Shirley, Mary and Betty. He grew up in and attended school in Bloomfield, NM where he completed his 10th year of high school and met his high school sweetheart and future life partner, Leona May Jordan. They were married in Durango, CO in 1960 and to this union six children were born, Carolyn, Rebecca, Melanie, Amanda, Ottie and Barbara. Leonard took some classes in auto body and painting out of high school, but it was an apprenticeship under an experienced welder at the age of 24 that changed his life, and his new passion for welding flourished into a lifelong career. The young family moved from Bloomfield to Farmington, NM in 1960 and lived there for nine years, moved to Gillette, WY for a year and then moved to Fort Lupton, CO where Leonard started and ran Mosley’s Incorporated Oilfield Service from 1971-1980. In 1980, Leonard relocated his family back to Gillette, WY to help his brother, Bob start a new oilfield company, Bob’s Trucking, which operated for eight years. During this time and well beyond, Leonard continued welding for every coal mine in the Powder River Basin at some point, and welding at just about all of the welding shops in Gillette. In 2006, he traveled with a demolition crew that was hired to implode buildings damaged by Hurricane Katrina. With Leonard’s extensive knowledge of welding and exact placement of bracing, the buildings never touched adjacent buildings in the area when imploded. In 2009, Leonard tested for what he said was the most rigorous welding test he had ever taken. He was one of the few welders to make the cut from several hundred that tested to build the Burma Interstate 90 Bridge to the hospital. Leonard was a “jack of all trades”. Not only was he a highly knowledgeable and well-respected welder but was a great tinkerer and builder of vehicles and all mechanical objects. Each of his six children became proficient tool gophers and flashlight holders as he worked on his many projects late into the night, and they always had a backup bicycle, snowmobile or ATV close at hand if one ever broke down. During his “formative years” he often tormented local law enforcement by driving homemade go carts at 60 mph; they promptly followed him home and forced him to dismantle them. He and his brother, Bob, got a wild idea to build an 8-foot-tall metal kite with a tow chain tail, which they actually did get launched and flying, but it did eventually come crashing back to Earth. Leonard even built a perpetual motion wheel to harness the Earth’s gravity to create energy. He had a knack for, and took great pride in, rebuilding heavily damaged vehicles back to factory perfection. Leonard had many hobbies and enjoyed rebuilding vehicles, building computers, collecting guns, riding motorcycles, horses and fourwheelers, hunting, fishing and stealing trees from national forests. He had a vast knowledge of local plants and wildlife. Leonard never met a junkyard, scrapyard or auction he could resist. He was an avid collector of many things; both useful and not so useful. He was genius man, and loved to share his knowledge with others, and was a welding and mechanical mentor to many others. Leonard will be very much missed by his family and close friends he made over the years. Leonard is survived by his wife of 61 years, Leona May Mosley; his children, Carolyn Mosley; Rebecca (Steve) Ashmore; Melanie (Byron Richard) Mosley; Amanda (Calvin) Baumann; Ottie Mosley; Barbara (John) Hobart; dogs, Muffin, Roscoe and Buddy; along with several grandchildren, great-grandchildren, nieces and nephews. He was preceded in death by his mother, Mary Gabrella Dean; father, Ottie E. Lee Mosley; sister, Shirley June Mosley; granddaughter, Tanya Linnae Hussman and nephews, Michael Levi Muns; Marlin Matthew Mosley; Tyrus Kent Taylor and Bobby Lee Mosley. Memorial services and celebration of life will be held from 11:00 a.m. to 4:00 p.m., Friday, May 6, 2022 at American Legion Post #42. Please join Leonard’s family and friends to honor and remember this incredible man. Memorials and condolences may be sent in care of Walker Funeral Home 410 Medical Arts Court, Gillette, WY 82716. Condolences may also be expressed at www.walkerfuneralgillette.com 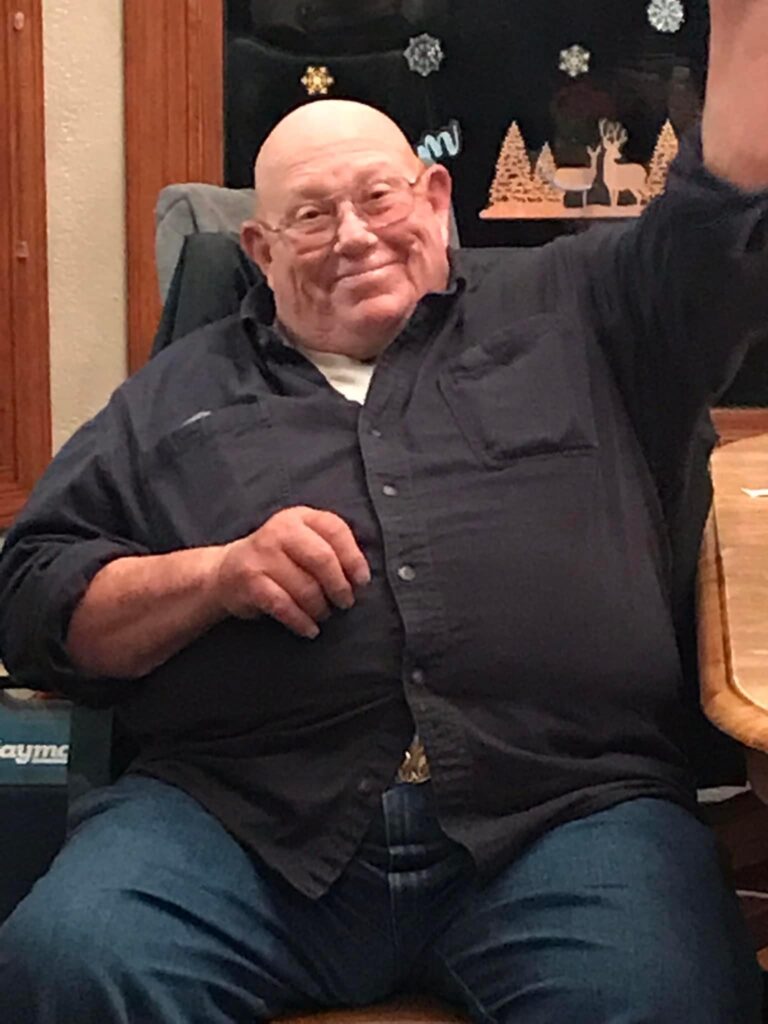 Paul was born April 23, 1942 in Sioux Falls, South Dakota to Martin and Valborg Scherf. He was raised in Roscoe, SD and graduated from Roscoe High School.

Paul married Kathy Repp on September 29, 1963. They made their home in Mobridge, SD from 1963 until moving to Gillette, Wyoming in 1981. He worked for the Parks and Rec’s department for over 20 years.

Once retired, he enjoyed woodworking,gardening and traveling. He lost his wife/best friend, Kathy last March and that had been hard for him to deal with. They were married 57 years.

He was preceded in death by his parents, Martin and Valborg Scherf, his sister Marie Gramm and one Great-Granddaughter, Zaya Villmow.

Obituaries on County 17 are a free service to our community. If you would like us to publish an obituary for a family member you have lost, please email us at obits@county17.com