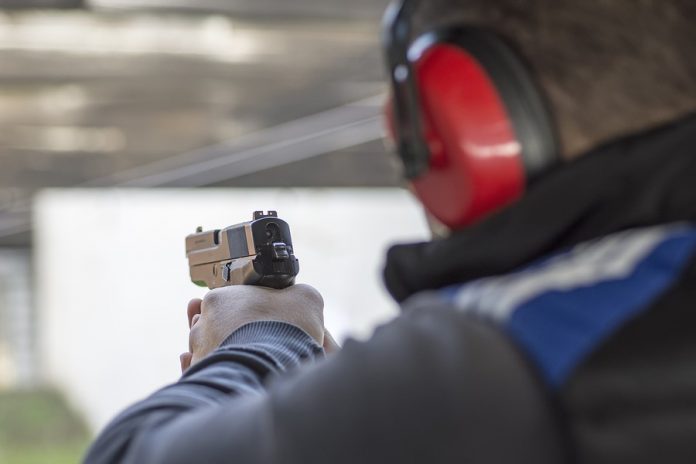 (The Center Square) – At least 5.4 million Americans legally purchased a firearm for the first time last year, according to the findings of an annual National Shooting Sports Foundation (NSSF) survey. The trade association conducted the survey among firearm and ammunition retailers about their business sales in 2021 based on background checks and other information.

Among those surveyed, 29.6% said their customers were first-time gun buyers, down from 40% in 2020’s annual survey. In 2020, more than 21 million background checks were conducted for firearm sales, with over 8.4 million of them estimated to be for first-time firearm buyers.

First time sales among women in 2021 also was down compared to 2020, when 40% of first-time firearm purchases were women, compared to 33% last year.

“We welcome these new gun owners to the greater community of law-abiding Americans who choose to own a firearm for lawful purposes, including self-defense, recreational target shooting, and hunting,” Joe Bartozzi, NSSF president and CEO, said in a statement accompanying the survey findings.

“The surveys revealed that new gun owners are continuing to embrace their Second Amendment rights and nearly half of them are seeking out professional training,” he added. “These trends show that not only is there still a strong interest in gun ownership but also that these new gun owners are interested in learning more about the safe and responsible handling, use and storage of firearms.”

A little over one-fifth, 22.8%, of first-time buyers last year came back for a second purchase, survey respondents found. Nearly 47% inquired about training and 43% signed up for training.

The survey is released annually by the NSFF, a national organization dedicated to promoting the safe, responsible use of firearms. As a leading authority on gun safety, the organization provides a range of information, including safety kits, videos, literature and suicide prevention resources. It also created Project ChildSafe in 1999 to promote secure and responsible storage of firearms when they’re not in use to help prevent accidents, theft and suicides.

The findings were announced after NSFF presented its first “Woman of the Gun Award” this month. The recognition went to champion shooter and safety advocate Julie Golob for her shooting accomplishments and commitment to Project ChildSafe.

Golob began working with the project in 2013, lending her name and expertise to a host of firearm safety education efforts, ranging from social media campaigns to public appearances and videos, including a feature video on “how to talk to kids about gun safety.”

“I’m a huge advocate of passing on the tradition of safe and fun enjoyment of the shooting sports – they’re an indelible part of our heritage as a nation,” Golob said. “My whole family shares that heritage and all of us can take pride in the results of our collective work to promote gun safety and responsibility.”

In the past 30 years, she’s won more than 150 major championship titles, including more than 50 world and national titles. She’s also the first woman in history to win U.S. Practical Shooting Association Championships in all seven handgun divisions.