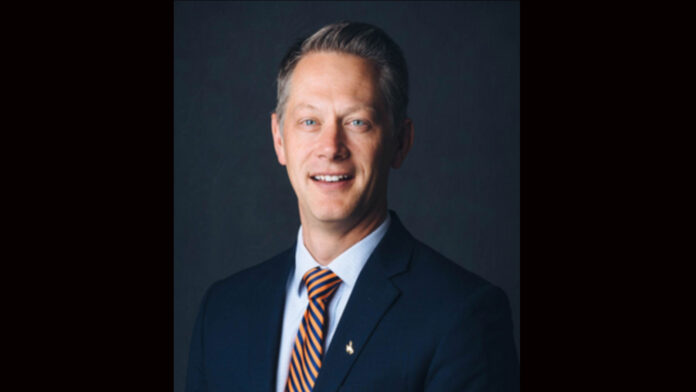 Stubson is a Republican and a former legislator from Natrona County.

Wander with me down the path of disbelief into the abyss of the absurd that was the selection of the new Wyoming Superintendent of Public Instruction.

The Superintendent is one of only five state-wide elected officials that we elect.

This constitutional officer not only administers the millions that flow through the Wyoming Department of Education, but also makes critical decisions on the important boards that impact lands policies, economic development and most other issues affecting Wyoming citizens.

With that in mind, it is worth examining who the 73 members of the Wyoming State Republican Central Committee selected as their three possible candidates for filling that position.

Altogether there were 12 candidates, some with years of experience in education policy. Of the three selected by the GOP, two moved to Wyoming after 2019.

My kid’s backpack has seen more of Wyoming schools than these two. One of these gentlemen is a principal at a small private Christian school in Cody but has spent most of his career as a pastor.

The other recently fled our more populated neighbor to the south and teaches at an online university.

While I have no doubt that both are decent and even admirable human beings, these are hardly the resumes of people who should be given the keys to a billion-dollar education system.

The third candidate is a former Wyoming legislator without any significant expertise or accomplishments in education policy.

In fact, this candidate touts her lack of education experience and knowledge as her primary qualification for the position. She is a culture warrior through and through, but has no discernible vision for actually improving our school performance.

What looking glass did we fall through to get here?

Certainly there are fundamental questions about the procedure used to make the selection. Some of those questions are currently before the courts, particularly the Central Committee’s disregard for the constitutional principle of one person/one vote.

The four largest counties make up almost one-half of the entire public-school population (47%) in Wyoming. Yet as part of the antiquated election process, those same counties only had 16% of the votes (12 of 73). That is an election process which is specifically designed to have the tail wag the dog.

Even more problematic is the body making the decision.

One would expect that if parents and those actually concerned about our kids and their future were responsible for the process, the questions asked of the candidates would have centered on effectively educating children, or on the challenges of funding a quality system of education in the face of declining revenues.

If you expected to hear those questions from the Wyoming GOP, you would be wrong. Instead, two of the three questions asked of the candidates addressed:

— Legislation that passed almost ten years ago and was immediately ruled unconstitutional, something wholly irrelevant to how schools are run today.

— An expenditure by the Department of Education to a company that may have a relationship with a relative of U.S. Attorney General Merrick Garland.

I’ll excuse you if you are confused. You’ll see nothing about school finances, nothing about preparing our kids for today’s workforce and nothing about making classrooms and teachers better.

Instead, one can only assume these were inside baseball/gotcha questions aimed at undermining certain candidates.

The whole sorry process shows that the majority of the Central Committee are not primarily concerned with improving public education.

Instead, their priority is what every political hack’s priority is; feed the outrage machine, stoke fear and generate donations. If that were not the case, they would have asked questions that mattered. They would have selected at least one candidate who had real experience and expertise in education policy. They did not.

I grew up in Wyoming public schools. I am watching my youngest child navigate his final semester of public school.

In 15 years of parent-teacher conferences and back-to-school nights, 15 years of helping with homework, I never saw any impact of the political fire-bombs of critical race theory or same-sex bathrooms.

We agonized over the fact that there were great teachers and there were poor teachers. We saw very really impacts from the failure to use school resources wisely and benefited from innovation and educators passionate about their craft.

Those are the issues that concern parents and reflect on the future of our state.

Unfortunately, the Central Committee was consumed with making a political statement, not with building an education system. Wyoming deserves better.