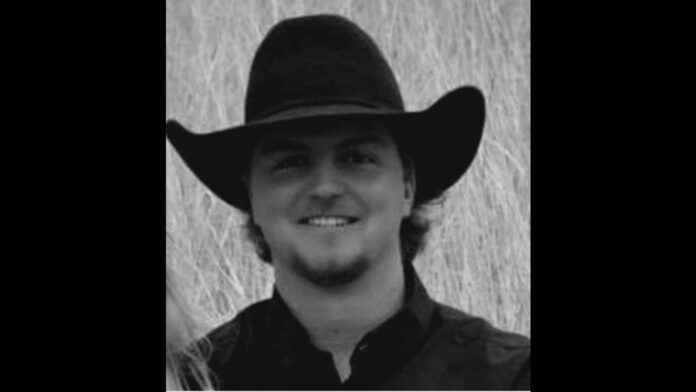 An arm bone found near Scottsbluff, Nebraska, last year likely does not belong to a missing Moorcroft man, according to Nebraska authorities.

However, officials are still waiting for conclusive DNA evidence to definitely rule out a possible connection between the bone and Chance Englebert, who has been missing for more than two years.

Englebert, then 25, disappeared on July 6, 2019, during a trip to see his wife’s family in Gering, Nebraska.

The lower piece of a human arm bone was found by hunters last October near the North Platte River in western Nebraska.

The bone had initially been sent to the University of Nebraska crime lab for a DNA analysis of the bone marrow, but due to the age and condition of the bone, which had been under water, the lab was unable to complete the testing, according to Scotts Bluff County Sheriff Mark Overman.

It has since been sent to a lab at a Florida university for testing, Overman said. No estimate has been provided as to when the testing might be completed, he added.

Given the location of the bone downstream on the North Platte River, Overman said his department identified two potential missing persons the bone might have come from, Englebert and Walter “Gene” Patterson-Black.

The color of the piece of clothing found near the bone, however, bears a closer match that reportedly worn by Patterson-Black — not the blue shirt Englebert was wearing at the time he was last seen.

Lead Investigator Brian Eads of the Gering Police Department said that he, too, believes the bone likely does not belong to Englebert and has shared this with Englebert’s family.

“We are still awaiting DNA confirmation, but we have no reason to believe this was Chance based on the evidence,” he said.

That said, Overman said investigators are not ruling anything out.

“What I will tell you is we go with the evidence,” Overman told Cowboy State Daily Tuesday afternoon. “So, we’ve got two missing people that we know of who could have had connections to the river…so it could be either one.”

Patterson-Black has been missing since May 12, 2016, according to The Charley Project, a national non-profit that provides information about missing person cases.

The 72-year-old man had been wearing a tan, plaid long-sleeve shirt when he was last seen in Scottsbluff. His abandoned SUV was found in the parking lot of the YMCA, and it’s thought that he may have intentionally gone into the North Platte River, which was swollen with rain at the time, according to his profile.

Friends and family members are offering $17,000 award for information that will lead to the discovery of Englebert or the identity of any suspects responsible for his disappearance.