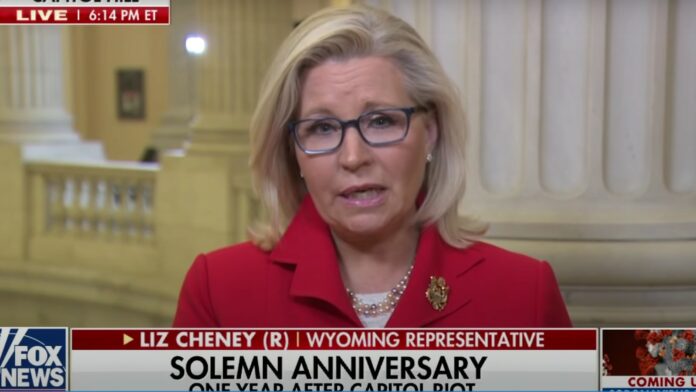 Wyoming’s Republican Party will conduct two straw polls during its next central committee meeting to address comments made by U.S. Rep. Liz Cheney that some members of the party are radicals.

The party announced Saturday that during its next central committee meeting on Jan. 22, it will conduct straw polls to determine whether anyone supports Cheney’s comments and to gauge support for Cheney and her opponents in the GOP primary for Wyoming’s lone U.S. House seat.

Party officials, in a statement, predicted the poll’s results will likely not show support for Cheney.

“Spoiler alert: the straw polls will very likely demonstrate the vast majority condemns her views and will be voting for someone else,” party officials said over the weekend.

This all stems from comments Cheney made during a Fox News appearance on Thursday.

“There are people in the state party apparatus of my home state who are quite radical. And some of those same people include people who were here on Jan. 6, include a party chair who has toyed with the idea of secession,” she said during the interview. “So, there is a very radical element of the Republican Party in the same way that there is a radical element of the Democratic Party.”

“We are straight talking, focused on the global scene, but we’re also focused at home. Many of these Western states have the ability to be self-reliant, and we’re keeping eyes on Texas too, and their consideration of possible secession. They have a different state constitution than we do as far as wording, but it’s something we’re all paying attention to,” Eathorne said at the time.

A recent WyoFile article revealed that Eathorne and several other Republicans in Wyoming, were members of the Oath Keepers, a far-right, anti-government extremist group.

In the Saturday post, Wyoming GOP officials said that Cheney was welcome to continue her “foolish ploy” of picking fights with the majority of the party and “accuse the vast majority of being deplorables and radicals.”

The party also said Cheney was welcome to attend the central committee meeting on Jan. 22, and that the committee would have a chair available for her, although officials did not expect her to attend.

“We don’t expect her to attend this time either since she practically has to sneak into the state unannounced to avoid picketers, protesters, and outraged constituents. In fact, her behavior suggests that she is afraid of her constituents,” party officials said. “The Wyoming Republican Party is not. Anytime Ms. Cheney wants to come and show us her ‘proof,’ we’ll be here, among Wyoming’s grassroots Republicans, who tell us that our Representative does not ‘represent’ them.”

Cheney and the Wyoming Republican Party have been locked in battle for the last year, since she voted to impeach former President Donald Trump on allegations he incited the riot at the U.S. Capitol on Jan. 6, 2021.

The state party, as well as many of Wyoming’s county Republican parties, have voted to no longer recognize Cheney as a Republican due to her actions. She was also removed from her position as House Conference chair due to voting in opposition to many of the rest of her congressional colleagues.

“She can also continue to engage in the politics of personal destruction with other Republicans – which is her specialty and only real qualification to sit on the farcical January 6th Commission – but that is unlikely to improve her position in the polls,” Wyoming GOP officials said Saturday. “CNN will not be able to sell that ‘deplorables’ tripe in Wyoming and save Ms. Cheney from an embarrassing defeat.”

“She has always been a conservative Republican,” Adler said. Like many other Republicans across Wyoming, she is deeply troubled by those members of our state party who have taken dangerous, and in some cases unconstitutional positions, such as advocating for secession. After the 2020 election, former President Trump ignored the rulings of more than 60 courts, went to war with the rule of law, and defied the plain text of our Constitution. These actions culminated with a violent attack on our Capitol on January 6th, 2021. Liz ran for office as a Constitutional Conservative; she cannot condone what happened on January 6th, and she will never abandon her conservative principles.”

Bone found in Nebraska likely not that of missing Moorcroft man

Gillette men face life in prison after being caught with 7,000 fentanyl pills, 10 pounds of meth