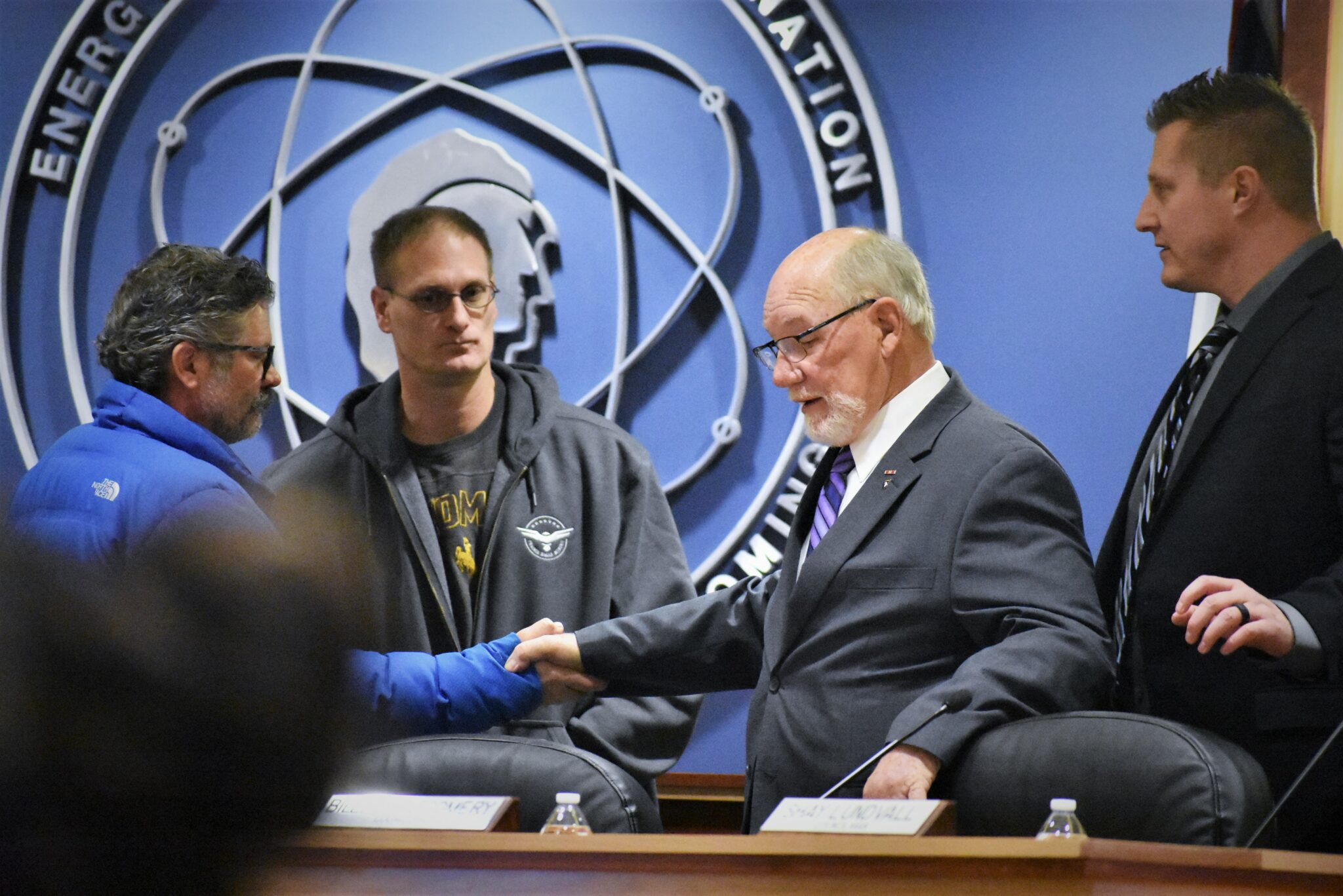 The Gillette City Council on Friday voted to postpone appointing a new mayor until February.

The decision came after Ward Two Councilman Tim Carsrud made a motion, seconded by Ward One Councilman Eric Hanson, to postpone selecting a suitable replacement for former Gillette mayor Louise Carter-King who resigned from her position this week amid a text message scandal between herself and former city administrator Patrick Davidson.

“Right now, we’re 12 hours into this situation and I feel that, in my personal life, I wouldn’t make a decision so fast,” Carsrud said of his motion. “And I think this is something that we need to take some time to do some soul searching, listen to constituents, and just take the necessary steps to constructively pick out the best person for this job.”

With the decision, which passed in a majority vote with Ward Two Councilman Billy Montgomery and Interim Mayor Nathan McLeland voting against the motion, the council will now have until Feb. 1 to determine who among them will be a suitable replacement.

In the meantime, Nathan McLeland, formerly the council president, will continue to serve as acting mayor for the City of Gillette and Ward Three Councilman Shay Lundvall has been elevated to interim council president.

Until a new mayor is selected from the council, McLeland will be able to act in full capacity as the Mayor of Gillette, according to City Administrator Hyun Kim.

The situation at hand follows approximately one week after Davison allegedly sent councilmembers, city staff, and others 464 pages of correspondence where he and Carter-King disparaged elected officials, government employees, and private citizens in a series of disrespectful text messages over the course of several months.

It follows less than 24 hours after Carter-King abruptly resigned on Jan. 6 at 8:15 p.m. with a letter acknowledging her actions and stating that “it was never my intention to hurt anyone, but I recognize that I have hurt people and damaged relationships.”

She indicated that, from the moment the messages were released by Davidson, Carter-King knew that her priority was to have several difficult conversations with members of the public and elected officials who could have been affected by her words.

During the meeting on Jan. 7, McLeland acknowledged Carter-King’s service to the City of Gillette.

“Despite the controversy of the last week, it should be recognized that (Carter-King) served Gillette for almost 30 years as a member of this council and as mayor of the City of Gillette,” McLeland said. “She was a passionate advocate for the city. She was at the forefront of so much of the great work that this city has done. We wish her the best in the next chapter of her life.”