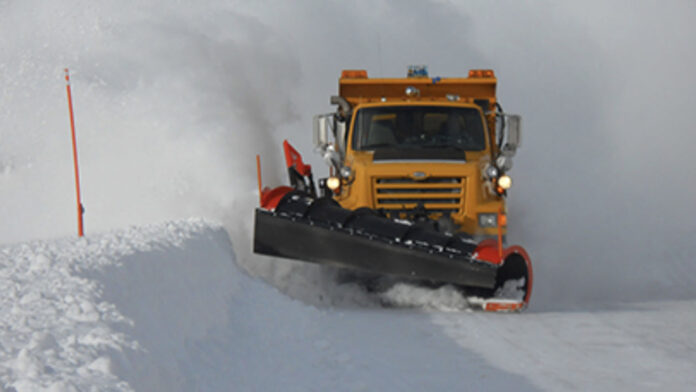 As winter weather (finally) arrives in Wyoming, the state Department of Transportation is still facing a shortage of drivers to plow thousands of miles of highways.

“We’re about 15% down in our permanent staffing in terms of snowplow drivers,” WYDOT director Luke Reiner told Cowboy State Daily back in October – and this week, he said that number hasn’t changed much.

“We’ve hired a few across the state,” he said, “but we are still very cognizant that we’re short.”

So just as he did when he was the leader of the Wyoming National Guard, Reiner resorts to “calling up” former drivers to fill seats when needed.

“If it’s a regional storm, we’ll search from outside to make sure we cover that area,” Reiner said. “But if it’s a great big storm, then we’ll cover it with people who used to be snowplow drivers and still have a CDL, and we’ll put them back on the road.”

Reiner said it’s not difficult to find former drivers within the ranks of current WYDOT employees.

“It might be someone got promoted up to an area maintenance supervisor position or something like that,” he said. “Well, those guys have said, ‘Hey, we’ll go back, we’ll get some windshield time, and we’ll help out.’”

According to the Federal Highway Administration, Wyoming has 62,620 miles of highways. So finding enough drivers to keep roads clear during a major storm event is critical, according to Reiner.

Reiner said it is easier to find crews for some parts of the state than others.

“The crews in the northern part of the state are probably, percentage wise, better manned than are our I-80 crews,” he said.

Tom DeHoff, WYDOT’s assistant chief engineer of operations, said the department has been able to hire a few snowplow drivers, but because there haven’t been very many snowstorms yet this season, there haven’t been many opportunities for training.

“It’s kind of like the first storm is getting the new guys in the trucks,” DeHoff said. “Because we have a lot of inexperienced snowplow drivers that are still doing ride-alongs with the experienced snow drivers. So that’s taking place right now, to train them, get them used to those roads in those conditions.”

Reiner said the top priority for the department is the safety of drivers on Wyoming highways.

“Our commitment to the state is, ‘Hey, we’ve got a job to do,’” he said. “And to the best of our ability, we’re in the business of getting it done.”