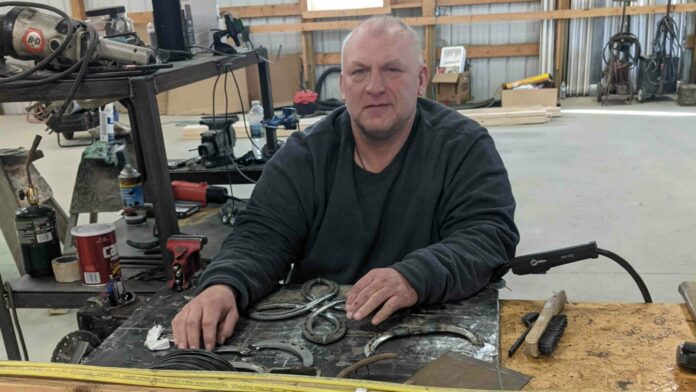 Like a lot of addicts struggling to bury demons from their past, Scott had a rough childhood. Abuse, neglect. Stuff he really doesn’t want to talk about other than to say he has a lot of anger about everything that happened to him.

He started drinking at age 10 when he found his grandfather’s homemade chokecherry wine.

At 15, he entered his first treatment center but relapsed by the time he was 21.

“I basically drank … and did drugs for the next 25 years,” he said quietly, looking down at his folded hands on the table.

His unresolved anger had pretty much hijacked his life, he admitted, costing him his marriage and the three grandchildren that he’d helped raise in his small town in North Dakota.

A welder by trade, Scott was always able to keep a job while drinking and doing drugs until he ended up in jail and lost everything. Homeless, he had nowhere to go. 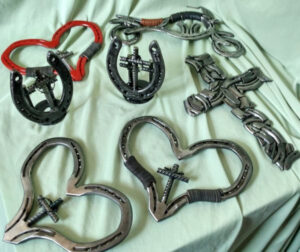 He’d tried rehab in the past, but it was only a temporary solution. Typically, the most he’d gotten out of the court-mandated treatment had been better drug connections.

At age 50, he’s finally ready to tackle his problems head on as he celebrates more than six months of sobriety at the Adult and Teen Challenge Center in the Black Hills.

A Different Kind of Program

The Ram Center is a former church camp off of U.S. Highway 14, between Moorcroft and Devils Tower in the northeast corner of the state.

The center falls under the national Adult and Teen Challenge organization, which is the largest faith-based recovery program of its kind in the nation with more than 1,000 centers worldwide.

Unlike many rehab programs, the ATC program emphasizes recovery by focusing on Christ as a means of transformation.

The idea to create an addiction recovery center grew out of the mission of a small-town preacher, David Wilkerson, who felt called to bring the word of God to inner city youth and gang members in New York City, one of whom threatened to kill him. 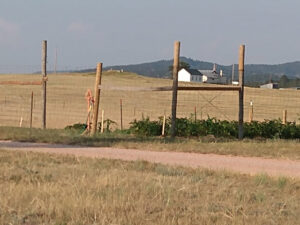 Wilkerson believed that people can do anything when grounded in their faith, and that addictions, crime and violence are the result of people trying to fill empty holes in their lives created by the absence of God.

The focus of this tailored recovery program is to provide the care necessary to help people become mentally sound, emotionally balanced, socially adjusted, physically well and spiritually alive in order to overcome their addictions.

Since its inception in 1960, the program has expanded to address the needs of adults as well as youth.

The treatment center in Wyoming, which is ATC’s only facility in the state, was founded by Patty and Clay Dykes in December 2020 after Patty inherited the grounds from her father, a pastor.

The center accepts adult men ages 18 and older only and is free and completely voluntary. Thus far, they’ve had 11 participants. 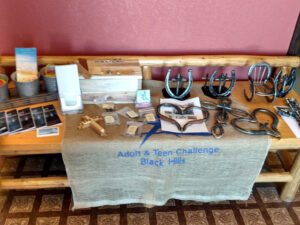 Of those 11, five are still are still there, two have completed the program and are doing well. Another four left without completing the program.

Cabins and a dorm scattered across the forested grounds serve as home for the students and staff who live full-time on the premises. A large main building provides living space for meals, classes, a TV and game room, a big commercial kitchen and chapel for church services.

Apart from the curriculum that all ATC centers follow, the program at the Black Hills center, operated under Patty’s direction, is specifically designed to meet the needs of each individual man, taking into consideration where they are in their recovery.

It also assists them in getting their lives back on track financially by helping them catch up on outstanding bills, fines or child support payments and providing a place for them to stay while they work and save money to buy a car or get an apartment. 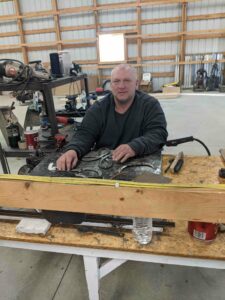 Some of the guys, including Scott, work with Clay at the sawmill in Hulett. Scott spends his mornings at his jobs, then comes back to work in the welding studio at the Ram Center, where he creates welded crosses and other art items fashioned from used horse shoes, nuts, bolts and steel that have been donated by local ranchers and others in the community.

Scott sells his wares on his Etsy page and other local craft fairs and donates the proceeds back to the program.

Other students do woodworking projects and are helping to build a garage on the premises where they eventually hope to be able to service vehicles.

Along with their jobs and crafts, they also take care of the chickens and a large garden and also frequently volunteer to help area churches and neighbors with various construction and service projects.

In the year they’ve been operational, Patty has been blown away by all the support from the community and the way they and the program have been welcomed with open arms.

On the day he spoke to Cowboy State Daily, Scott was busy cleaning horse shoes that had just come in. He sifted through the pile on his big work table and talked about the many ways his life has changed since coming to the Ram Center.

Prior to his arrival, he didn’t have much hope of his life ever getting any better. For starters, he never knew he had it in him to be an artist, nor did he know the power of quietly working in the shop in the presence of God, which he said has helped ground him in his faith and ability to put aside his past anger and pain.

After decades of struggling, he’s finally started to feel at home in himself, thanks primarily to the structure of this particular program and the way in which he feels loved and forgiven regardless of his past.

“For the first time in my life, I feel like I’m part of a family,” he said quietly, examining a horse shoe. “I feel so loved and accepted.” 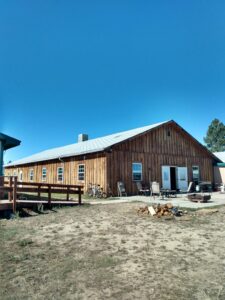 This is a big piece of the puzzle that was missing for him both in life and in earlier attempts at recovery. He feels lucky to wake up here every day, he  said, and hopes to remain on as a mentor helping others in the welding shop.

Described as one of the kindest people Scott has ever met, Patty, a mother of three teenage boys, is a quiet force for these men.

With shoulder-length dark hair and clear blue eyes, Patty is soft spoken yet tenacious in her love of these guys and their ability to succeed and move on to have successful lives.

As Scott said, she asks the hard questions and cries with them, which has been effective for a guy like him who grew up in an abusive household with neglectful parents and who never had a person in his corner rooting him on.

“She doesn’t judge us,” he said. “She just listens and helps us work through it.”

Former student James Martell can speak to the effectiveness of the program. He arrived last year a broken man and has since moved on to a sober life in Gillette where he lives and works full time.

He was a mess when got there, he said, but like Scott, he flourished in the tight-knit setting that immediately made him feel right at home. The center even let him bring his pet rat Lil’ Homie, which was pretty much all he had left in his life when he arrived there.

“I would say it was the best decision I ever made,” he said. “It’s life changing. In the midst of losing everything, I found a family in the community that run and support the center, which didn’t stop when I walked out of the doors.”

To this day, he regularly talks to Patty, Clay and the other students and volunteers.

“These guys constantly amaze me,” Dave Wolfskill, a volunteer and ATC board member, said last week as he gathered with Scott and Patty around the main table in the dining room.

Wolfskill talked about weeping through the stories the men told when he attended one of their recent testimonies at a local church.

“You listen to these guys and you’re just embarrassed that you ever felt sorry for yourself over some things,” he said. “And these guys don’t feel sorry for themselves. I’ve never heard a pity party from them.”

Their stories stick with him, he said, which he finds inspiring.

“These guys are all their winners,” he said. “They don’t take their past and use that to say ‘This is the way I am because I had this horrible childhood’ or whatever. That was the past, and they’re just so positive.”

It’s contagious, he said, noting that he comes to the camp on the pretense of volunteering with various chores, but he actually gets a lot more out of his visits than the students do.

“This is my happy place,” he said, softly punching Scott on the arm. “These guys build me up. Patty builds me up. They think I’m coming up to be helpful or whatever. But I come up here for me, you know. I always leave here better.”

Patty agreed and confessed that she had her own share of troubles in the past, beginning after high school in her fit of rebellion from having grown up the preacher’s kid who had to follow all his rules.

Once free, she was determined to break every one of his rules and she did. Her dad knew all about her antics, she said, but a couple years later when she’d settled down and confessed her transgressions to her father, he forgave her with grace.

“He told me that it was OK and that he and God loved me despite my mistakes,” she said.

Forgiveness is the message she brings to her role as director and she digs deep when helping the guys work through the pain and underlying issues causing them to self-destruct.

This means sitting with them in their grief, she said, and sometimes, crying – and worrying – about them as they struggle to get past their demons and pain.

“This place is all love,” Scott said, brushing away tears. “I couldn’t have done it without them.”

Those interested in applying or learning more about the program can do so at the group’s webpage or by calling (307) 257-3193.

Visitors are also welcome as are donations including horseshoes, nuts and bolts, random metal and household items.

The Ram Center is looking for horseshoes for Scott’s art. If you have any you’d like to donate, call Patty Dykes at (307) 257-3193 or visit the group’s website.

One dead, one injured in I-90 crash near Moorcroft