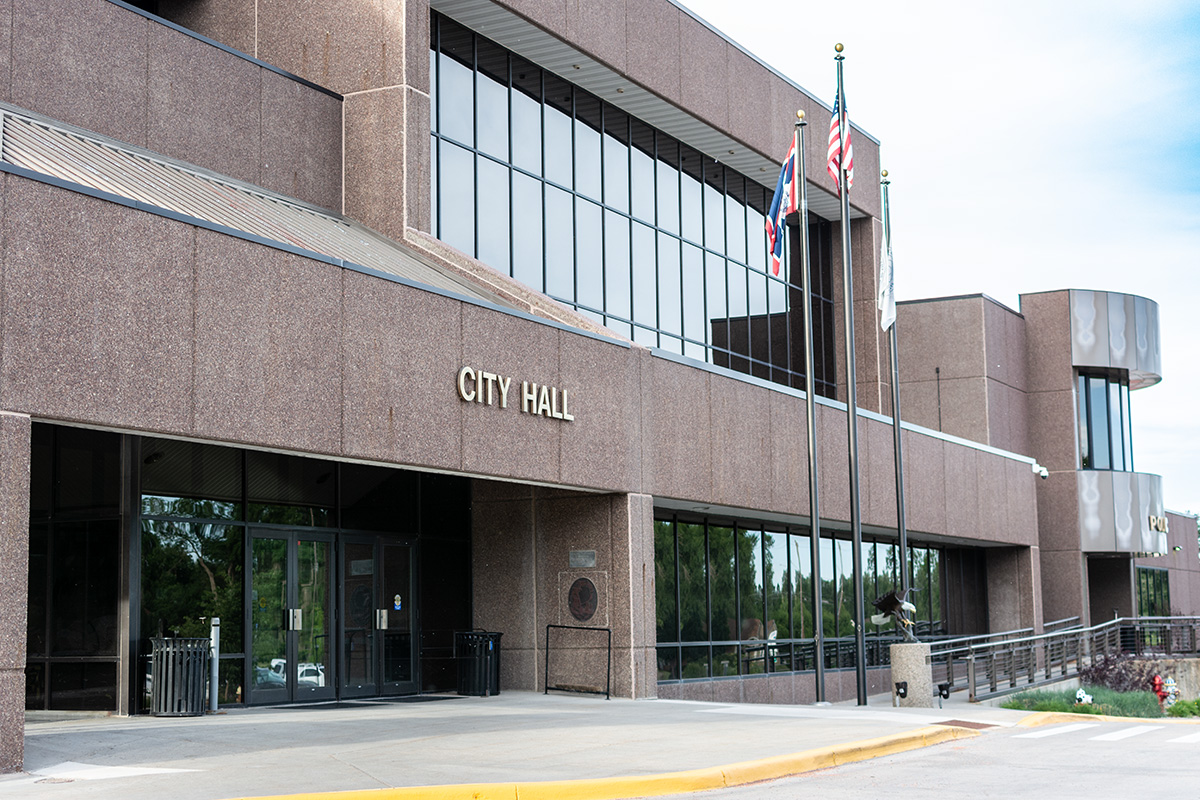 The main entrance of City Hall where residents gathered for the final of three Primary Election Forums.

The Gillette City Council on Tuesday voted to advance a resolution amending the City’s ward boundaries to ensure equal representation by each of its members.

The resolution is the city’s response to the results of the 2020 census, which showed that Gillette’s population has grown by 14.8 percent, or 4,316 residents, in the last ten years with most of the growth occurring to the south in Wards Two and Three, according to a Dec. 1 statement from the City of Gillette.

As a result of that growth, the balance in the number of residents residing in each ward has been slightly upset with Ward One’s population now significantly less than the other two wards. That imbalance, however, is below the threshold of 10 percent that would require the city to redistrict its ward boundaries.

The city could very do nothing until the population disparity between its wards climbs above 10 percent, which will not be known until after the next census in 2030, according to discussions during a council meeting in early November.

During that meeting, however, the council was presented with a total of four options, one of which was to do nothing and the others required the city to shift its ward boundaries slightly thereby moving residents out of Wards Two and Three into Ward One.

Of the other three options, the council indicated on Nov. 9 that they would be most comfortable with adjusting the boundaries to bolster the population of Ward One with 689 residents from Ward Two’s Collins Heights subdivision and 560 residents from Ward Three’s downtown area, according to City Administrator Hyun Kim.

City staff, during discussions on Nov. 30, did not express any concern over future growth in Ward One that could cause the population to increase significantly by the next census, thereby requiring an additional adjustment to the city ward boundaries.

No significant infill development is expected to the north,  Kim told the council, adding that city staff anticipates most future growth to occur primarily to the south.

The council voted 5-1 in favor of advancing the resolution on to its second reading, with Ward Two Councilmember Tim Carsrud voting against it. Ward Two’s other council member, Billy Montgomery, was absent from Tuesday night’s council meeting.

Prior to casting his vote, Carsrud said that he is happy sitting back and waiting until the next census, which would show if the disparity between ward populations was closer to or exceeding the 10 percent threshold.

With the first of three readings done, the council will have to vote twice more in the coming weeks to meet their goal of passing the resolution before Christmas.