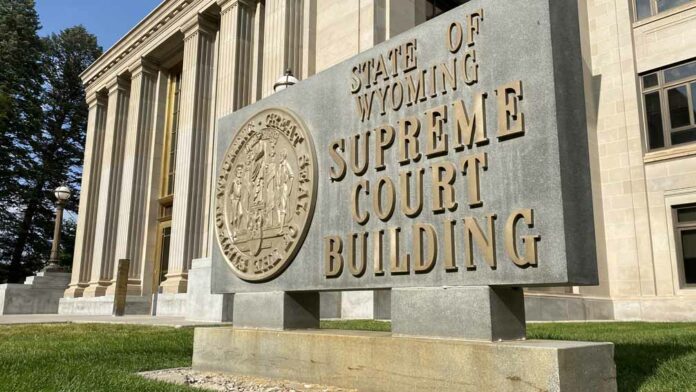 A teenager who planned to kill nine people at a Gillette middle school was correctly tried as an adult, Wyoming’s Supreme Court ruled Monday.

The court upheld the decision of a lower court not to transfer the case of Dale Warner to a juvenile court, ruling sufficient evidence existed to justify trying Warner as an adult even though he was 14 at the time of the incident.

“The district court thoughtfully analyzed and weighed all applicable factors under (Wyoming law),” said the ruling, written by Justice Kari Gray. “The court did not abuse its discretion in denying Mr. Warner’s motion to transfer (the case to juvenile court).”

The ruling stems from Warner’s arrest in November 2018 after he took guns and ammunition to Sage Valley Junior High School as part of a plan to shoot nine individuals (County 17, Nov. 16, 2018).

“As the plan evolved, it included: obtaining guns and ammunition; hiding his actions from his brother; protecting a friend from being killed or injured by gun shots; and praying that his adoptive family did not get sued as a result of his actions,” the ruling said.

After going to school, Warner spoke with several classmates, telling some he planned to shoot six classmates, a teacher, a principal, an assistant principal, “and anyone else he could,” the ruling said.

One classmate told the school’s principal, who talked Warner into surrendering his weapons.

Warner was arrested and charged as an adult with nine counts of attempted first-degree murder.

He ultimately pleaded guilty to two counts of possession of a deadly weapon with unlawful intent and no contest to a charge of aggravated assault and battery (County 17, Jan. 28, 2020) and was sentenced to 12 to 20 years in prison.

Warner had asked that his case be transferred to juvenile court, but a state district court denied the request, finding that the seriousness of the offense and the fact he planned to commit a crime in “an aggressive, violent, premeditated or willful manner” justified keeping the case in adult court.

The court also examined other factors, such as whether Warner had the “sophistication and maturity to form a premeditated plan and understand the consequences of his actions” in making its decision.

Warner argued the district court put too much emphasis on one factor, the seriousness of the offense.

But justices agreed the district court thoroughly reviewed all the factors that must be considered when deciding on a request to move a case to juvenile court.

On the road to Georgia