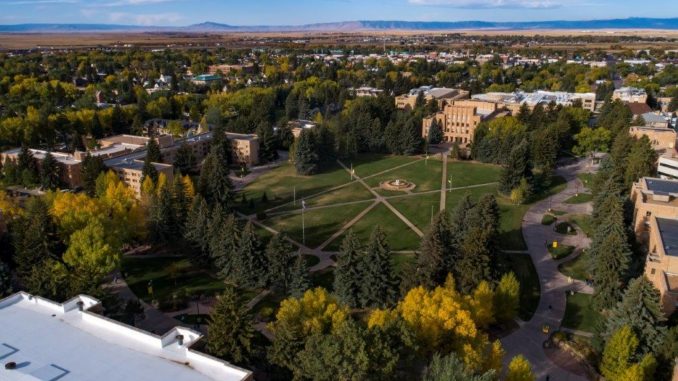 The University of Wyoming reported last week that a major reorganization of the university’s academic programs will proceed as outlined by the university’s administration, following votes of support Thursday by UW’s Board of Trustees.

After months of development informed by thorough review and feedback from internal and external stakeholders, the board approved plans setting in motion changes that will position the university for a vibrant future at a time of uncertain state revenues, economic shifts and a changing higher-education landscape. Some changes will take effect by the end of this fiscal year; others won’t be fully implemented until on or before July 1, 2023.

“We appreciate the board’s support of our vision for UW, and we are ready to move forward with these changes and work with our various stakeholders to make this the best university it can be,” UW President Ed Seidel said. “I couldn’t be more excited for the future of Wyoming’s university.”

The Board of Trustees voted in favor of the proposal from Seidel and Provost and Executive Vice President Kevin Carman to reorganize the colleges of Arts and Sciences, Agriculture and Natural Resources, and Engineering and Applied Science to better align the life and physical sciences, and the humanities, social sciences and arts. That will involve the movement of several academic departments and eventually renaming the colleges. The changes will be made on or before July 1, 2023, in conjunction with a strategic planning process that involves more discussion with the affected units and their stakeholders.

“This process will allow us to make sure the reorganization positions the university for a prosperous future,” Carman said. “We will have a robust discussion over the next year to carefully consider optimal alignments while minimizing unintended negative consequences of restructuring.”

The board also approved a reorganization of the College of Education effective July 1, 2022. The college will have three divisions: one focused on educator preparation; one for graduate education; and one for innovation and engagement. Enrollment will be suspended for two graduate degree programs — the Ph.D. in counseling and the Ph.D. in learning, design and technology — while discussions take place to determine how they can be continued in the reorganized college.

Trustees voted to eliminate these low-enrollment graduate programs: the Master of Arts in philosophy, the MBA in finance, the MBA in energy and the Ph.D. in statistics.

The board’s other action was to allow for discussion over the next year regarding the movement of the Human Development and Family Sciences, and Design, Merchandising and Textiles programs, currently in the College of Agriculture and Natural Resources, with a final recommendation to the board in January 2023.

The administration plans to move forward with these changes by July 1, 2022:

Among the changes being considered on or before July 1, 2023, pending further refinement:

As a result, working with UW college deans, the Office of Academic Affairs has separately developed a budget reduction plan that achieves a $5.3 million reduction to academic programs — including elimination of 20-25 faculty positions that have been vacated by resignations and retirements. Additional proposed reductions and revenue enhancements that will be refined during UW’s regular budget process for the coming fiscal year include academic policy efficiencies, consolidations in auxiliary units and reductions in employee travel and supplies.

“We’re happy that we have been able to achieve our budget targets without eliminating currently filled faculty positions, and our deans are focused on making strategic decisions to position their colleges to best serve our students and the state,” Seidel says. “We’re excited to move forward with our plans to improve the student experience and help grow and diversify the state’s economy.”

A proposal to launch the School of Computing — which will go through the regular review process involving the Faculty Senate — is expected to come before the Board of Trustees in January.

A number of degree programs initially targeted for elimination will be maintained under the provost’s plan: bachelor’s degrees in German and French, as well as in Spanish, German and French secondary education; master’s degrees in political science, international studies, sociology and architectural engineering; graduate degrees in entomology; and the master’s degree in family and consumer sciences, pending potential reorganization of that department.

Cowboys to throw down with Kent State in 2021 Potato Bowl