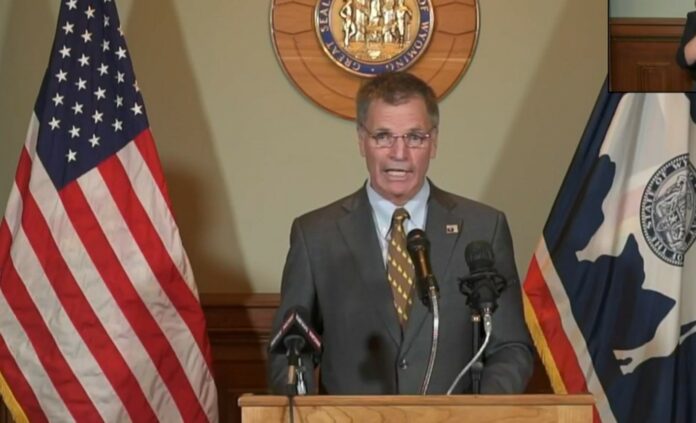 Gov. Mark Gordon is proposing a two-year budget for Wyoming that will reduce state spending by about $500 million while setting aside money for future financial woes, he announced Monday.

Gordon on Monday unveiled a proposed 2023-24 budget for the state’s “general fund” — its primary bank account to pay for operations — of $2.3 billion, a cut of about $500 million from his last biennial budget.

The proposed budget for the next biennium comes on the heels of spending cuts made necessary in the current budget because of declines in state mineral income and revenue drops linked to the COVID-19 pandemic.

Gordon said he will look to use federal funds where possible to bolster the 2023-24 state budget, but added he will propose putting $454 million into reserves should the state face another unexpected drop in revenue.

In addition to the regular budget which will be submitted to the Legislature for consideration during its budget session that begins in February, Gordon said he will submit a plan for the use of American Rescue Plan Act money to bolster state finances and help offset revenue losses.

Top priorities for spending in the next budget bill include building maintenance that was put off to reduce spending in the current budget and maintaining spending for the University of Wyoming and the state’s community colleges so they do not lose their accreditation, Gordon said.

“In some cases, further cuts cannot be made without compromising the state’s institutions,” he said. “For example, Wyoming’s ability to maintain its accreditation of its higher education institutions could be put in danger.”

Gordon also put an emphasis on bring the salaries paid the state’s employees to a level closer to existing market levels.

The state’s employees, on average, are paid 20% below market levels found in 2017, according to Kevin Hibbard, director of the state Budget Office.

Gordon said 38% of the state’s employees have taken on second jobs and 3% receive some form of public assistance.

The disparity between the pay for Wyoming employees and that of workers for neighboring states and in the private sector makes it difficult to attract and retain employees in state government, Gordon said.

As a result, he said he will work to move salaries for employees of all three government branches closer to market levels.