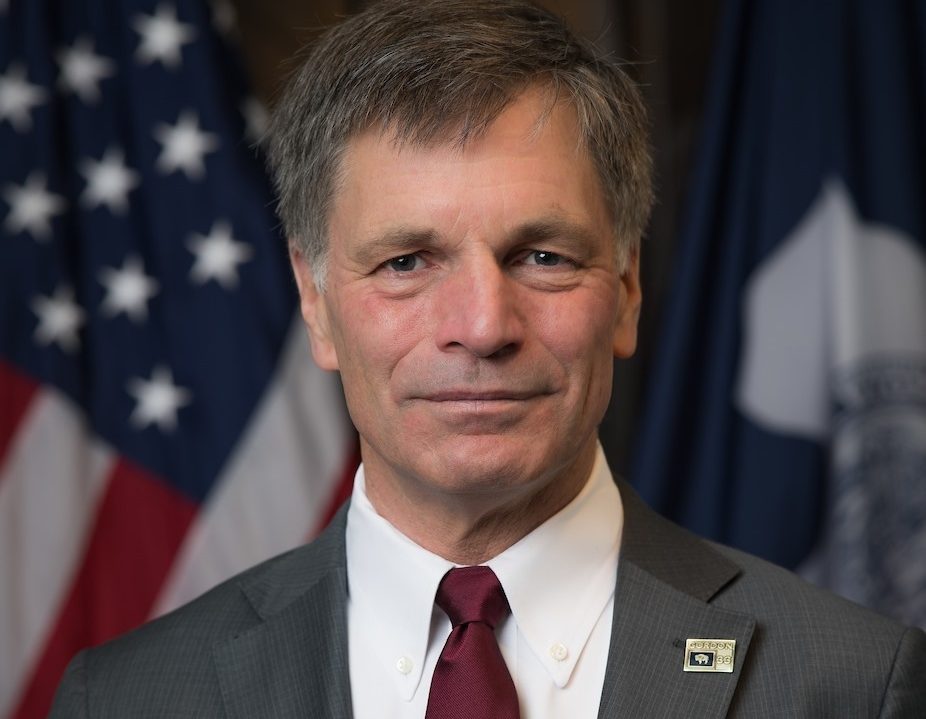 Wyoming Gov. Mark Gordon on Thursday announced that he will make good on a promise to sue the Biden Administration over federal vaccine mandates being imposed on Wyoming’s workforce.

The mandates, first announced in September by President Joe Biden and implemented by the Occupational Safety and Health Administration (OSHA), require businesses with 100 or more employees to require their unvaccinated workers to get a COVID-19 vaccine or submit to weekly COVID-19 testing by Jan. 4, according to reporting by The Center Square.

“We have prepared for this moment and the Attorney General has a strong legal strategy she developed with a coalition of other Attorneys General,” Gordon said in a Nov. 4 statement. “We cannot allow the rights of the Wyoming citizens and her industries to be trampled on by federal overreach.”

The lawsuit will be filed tomorrow, Nov. 5, when OSHA is expected to enact an Emergency Temporary Standard (ETS), a move the agency says is being done to protect the health of more than 84 million workers nationwide in a pandemic that has claimed the lives of more than 775,000 people in the U.S. alone.

“COVID-19 has had a devastating impact on workers, and we continue to see dangerous levels of cases,” U.S. Labor Secretary Marty Walsh said in a Nov. 4 statement. “We must take action to implement this (ETS) to contain the virus and protect people in the workplace against the grave danger of COVID-19. Many businesses understand the benefits of having their workers vaccinated against COVID-19, and we expect many will be pleased to see this OSHA rule go into effect.”

Despite Walsh’s opinion, however, the announcement has sparked nationwide pushback from critics who have said the move crosses the line of federal overreach.

More than half of U.S. voters contacted in a recent Rasmussen poll indicated that they would support workers that refuse to comply with mandatory COVID-19 vaccination and believe that firing workers for non-compliance would hurt the nation’s economy.

Several states, in addition to Wyoming, and multiple private entities have also announced that they are filing lawsuits over OSHA’s ETS, according to The Center Square, with some critics quickly pointing out the move’s oxymoronic nature given Biden Administration’s position earlier this year when it stated such mandates were not the federal government’s role.

In Wyoming, the lawsuit filed in opposition to the ETS will be viewable on Nov. 5, a little more than two weeks since the governor wrote an opinion piece in which he openly called Biden’s vaccine mandates “a hair-brained idea” and said they were an unacceptable form of federal overreach.

“Let me be clear: Wyoming will use every means at our disposal to thwart these efforts to erode our rights,” Gordon wrote on Oct. 20., adding that his administration was working closely with the Wyoming Legislature to oppose the mandates.

Since Oct. 6, the Wyoming Legislature has been convened in a special session where, out of 20 bills submitted, only one managed to pass before the session ended and will be forwarded on to Gordon to be signed into law.

The bill, HB102, prohibits state and local government entities from enforcing any of Biden’s COVID-19 mandates, though it was amended to exempt public entities that would lose federal funding by refusing to enforce the mandate, according to Cowboy State Daily.

Additionally, the bill will allow the state to set aside $4 million to assist in lawsuits filed by anyone harmed by Biden’s mandates.