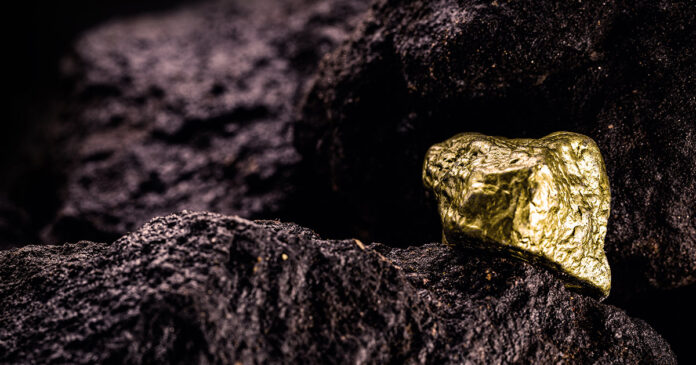 U.S. Gold Corp., a gold exploration and development company, is investigating the potential of an old copper mine adjacent to Curt Gowdy State Park to produce gold. If continued data collection bears out hopes, the Copper King (CK) Gold Project could produce tens of millions in revenue for the state.

And U.S. Gold Corp. is hopeful.

Jason Begger, project spokesperson for the CK Gold Project, says with every bit of data they collect, the project becomes more certain.

“All indications are that it could work,” he told The Center Square.

The mine site is located at Copper King, an old copper mine that hasn’t been worked since before World War II and is owned by the state. The gold deposit has been known to exist for a long time, but new mining technology has finally reached a point where experts think it could be worth opening again, Begger said.

Currently the company estimates the mine holds 230 million pounds of copper and 700,000 ounces of gold awaiting extraction, according to Begger. The operation would be hard rock mining. Begger said the ore is trapped within granite and requires forcible extraction.

U.S. Gold Corp. is in consultation with the Wyoming Game and Fish Department to assess any environmental and wildlife impacts the operation could have.

“The area is a part of what’s called critical winter range for mule deer, and so we’re working with the regulators to determine what sort of mitigation efforts can be done,” he said.

If the project moves forward, Begger said they estimate the financial boon to the state could be in the tens of millions.

“We have partnered with the University of Wyoming and their economic analysis division and they’ll be completing an economic impact analysis of both tax revenue to the State of Wyoming, vendors, sales tax – the kind of broader impacts – so that is in the works,” he said.

Begger pointed out as Wyoming and the country embrace new technologies like electric cars, manufacturers are going to require a lot of copper – copper the CK Gold Project could produce.

The project is roughly a 10-year operation, according to Begger.

“It’s a nice shot in the arm for the state of Wyoming,” he said.