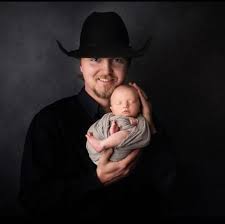 The reward for a Moorcroft man who has been missing for more than two years has been raised to $12,000, thanks to a recent donation, while Nebraska authorities continue their investigation into his disappearance.

Chance Englebert, then 25, disappeared July 6, 2019, during a weekend trip with his wife and young son to visit her family in Gering, Nebraska.

It’s unclear what transpired that day, but Englebert had been golfing with his father-in-law and other members of his wife’s family and reportedly got into an argument over the new job that he’d recently accepted after being laid off from a coal mine.

Englebert called his wife to come get him and told her he wanted to return home to Wyoming. When his wife refused to leave, he called a friend to come get him but the friend was not able to make the drive, so Englebert allegedly started walking toward Torrington.

He was last spotted on surveillance footage walking in downtown Gering on the 700 block of O Street, wearing Wrangler jeans, a plaid shirt and a trucker’s cap.

The last text message from his phone was sent just after 9 p.m. that day and contained an incomprehensible jumble of numbers and emojis, according to his mom Dawn, who questions whether someone else had his phone as he never used emojis.

Despite a massive search involving 17 agencies, drones, divers, cadaver dogs and hundreds of volunteers on foot, horseback and ATVs – as well as several searches led by friends over the past two years between Gering and Torrington – Englebert remains missing.

Gering Police continue to receive tips and conduct interviews, including one Tuesday morning, according to Brian Eads, lead investigator on the case, who was with the Nebraska State Highway Patrol at the time of Englebert’s disappearance.

The case is still active and there are no updates to share, Eads said in an email to Cowboy State Daily Tuesday. He would not comment on whether the department has identified any solid clues or persons of interest, saying the investigation is ongoing.

Casper private investigator Amanda Waldron of the non-profit group “We Help the Missing” released a poster seeking information on Englebert on Tuesday and announced her agency will also be investigating details surrounding his disappearance.

“This case really eats at me,” Waldron said.

Along with police efforts, several amateur detectives have weighed in on podcasts about what might have happened to Englebert, including a Tarot card reader who said the now 28-year-old is likely no longer alive and is buried in a field after being killed by someone who held a grudge.

Another YouTube channel, “The Missing Truth,” recently raised $2,000 from subscribers to donate to Englebert’s family.

His mother has been touched by this donation and the outpouring of support from friends and strangers invested in helping to locate her son.

“It’s pretty darn amazing,” she said. “Despite all this evil, we are blessed by the good.”